Coconut Oil: Why the hype and is it really good for our diet? 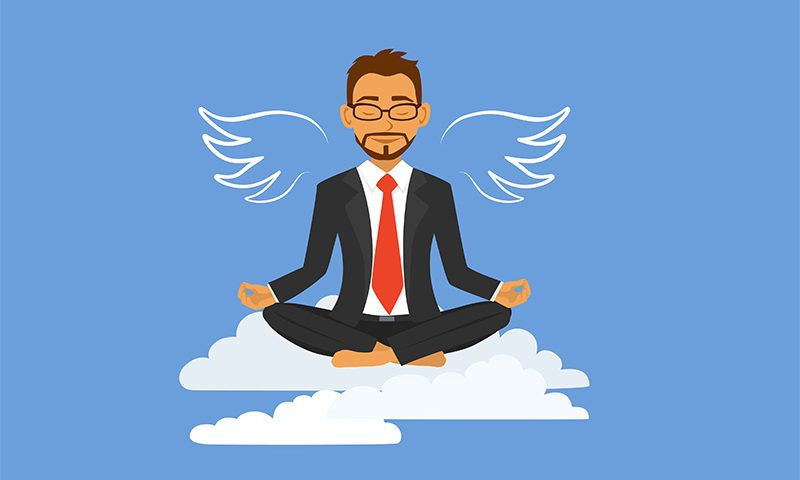 Mindfulness is quickly catching up with the now mainstream practice of yoga, in becoming a billion-pound industry. With the wide array health benefits the practice of meditation has on both the body and mind, it’s no surprise that some of the Worlds top business leaders are beginning to adopt meditation into their daily routine. Although becoming a great business person requires many different traits, one of the most important by far is the ability to deal with extreme levels of stress and hard work. Now widely recognised as one one of the best aids to help people cope with stress in their lives, the world is quickly realising the benefits meditation in day-to-day life. If you are interested in achieving ultimate success, like many of these business heroes, then modelling yourself on their behaviours is something of great importance. One of the best ways to achieve lasting change is to look for others that have already achieved the success you desire, according to many self-improvement authors, such as Tony Robbins. In this article, we explore a few of the worlds top business people who are using meditation today, and why it is that they choose to do so.

Bill Ford, Chairman of the Ford Motor Company, is a key figure in the business world that uses meditation today. In an interview with American Buddhist teacher Jack Kornfield, Ford explained to Kornfield that during a difficult time in his life, he decided to set aside time each morning to figure out an intention for the day, which he claimed allowed him to progress through the day with compassion. Ford admitted that one of the key factors in his life that allowed him to lead with compassion and kindness, was his meditation practice, which he now chooses to partake in daily.

Oprah Winfrey, recently named by Forbes as being one of the worlds most powerful celebrities, is known for being an advocate of Transcendental Meditation. Taking 20 minutes, twice a day, she allows herself time to sit quietly and practice mindfulness. Knowing how much this routine has benefitted her, Winfrey has also reportedly brought Transcendental Meditation teachers into Harpo Productions, for any of her employees who are interested in learning how to meditate. Shortly after a peaceful meditation practice in Iowa last year, Oprah said, “I walked away feeling fuller than when I’d come in. Full of hope, a sense of contentment, and deep joy. Knowing for sure that even in the daily craziness that bombards us from every direction, there is — still — the constancy of stillness. Only from that space can you create your best work and your best life.”

The former Director of Google, Larry Brilliant, is now the CEO of the Skoll Global Threats Fund. Brilliant began practicing mindfulness and meditation in his 20’s, while he spent 2 years living in a Himalayan ashram. After 2 years had passed, Brilliant’s Guru suggested that he would be a great candidate to join a World Health Organisation Team, which then led to him working as part of the team fighting smallpox in New Delhi. Still to this day, Larry Brilliant practices meditation daily, emphasising the importance of peace and mind to the graduates at his 2013 commencement address at Harvard.

President and Editor-in-Chief, Arianna Huffington, of Huffington Post Media Group, reported to Vogue that taking part in morning yoga and meditation practices, caused a spike her in happiness for the rest of the day. Much like Oprah, Huffington has now also, kindly, decided to bring meditation into her company, offering employees and Huffington post weekly classes, if they so wish. Arianna has publicly spoken out about her beliefs on meditation, and the benefits she thinks it brings to day-to-lives. As well as being a good all-round practice that’s great for the soul, Huffington truly believes in the power of mindfulness in business, stating her opinion that anyone who chooses to participate in the activity, is at a competitive advantage.

Padmasree Warrior is the former CEO of Motorola but is better known today as the Chief Technology and Strategy Officer of Cisco Systems. In addition to Oprah, Forbes has also crowned Warrior with the title of one of the 100 Most Powerful Women in the world. Warrior firmly believes that one of the main factors contributing to her success is the daily meditation practice she partakes in. Taking 20 minutes each evening to empty her mind, Warrior uses this time as a way to let go any stress she has accumulated throughout the day, leaving her body and mind feeling fresh. In addition to nightly mindfulness sessions, she chooses to use Saturdays as what she refers to as a “digital detox”, where she comes away from all technology and focuses on more traditional things in life such as painting, reading, and cooking.

These all important business minds are definitely a step ahead of the crowd, with many releasing years ago that meditation and mindfulness are key to a healthy body and mind, free of built up stresses of the day. Practicing meditation alongside a form of low-intensity exercise such as yoga, will not only clear the mind but will also increase your personal strength, endurance and flexibility, leading to all-round good health. Before putting on your yoga gear, though, ensure you are practicing the postures correctly by seeking the advice of a trained instructor, in order to prevent injury.