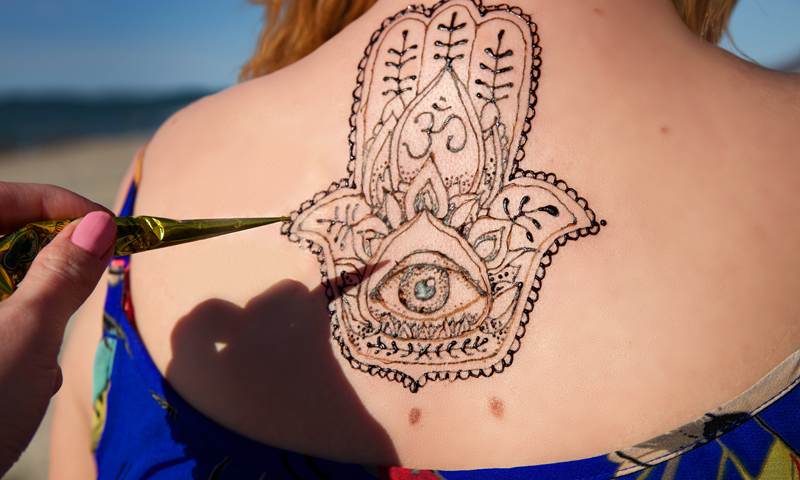 These days, most people know somebody who has a tattoo. This is particularly true in the yoga community, with practitioners of all sorts adorning their body with ink. From proud declarations on the chest to symbols of dedication hidden under a yoga hoodie, yoga tattoos are widely popular.

It’s unclear where tattoo culture originates from, but the first recorded tattoos come from ancient Egypt around the time the pyramids were built. These early ink lovers believed that a tattoo was much more than a decoration and actually allowed the person to take on the qualities of the image. For instance, someone with a tattoo of a lion could take on the qualities of the animal – powerful, strong and a proud leader.

Since then, tattoo culture has spread across the globe and today getting a tattoo has never been more popular. In the yoga community, you’ll find that many people have the same images. This is not a random coincidence; instead, these popular images are not only beautiful, but they resonate with yogic concepts and beliefs. These yoga tattoos are widely popular. Below, we explore some of these images in more detail.

The lotus is a symbol of divine birth and purity. Somehow, the pure white flower flourishes in dirty water and has since come to represent the calm amidst the chaos and the enlightened soul. The bud of the flower represents potential, with yogis believing that spiritual awareness grows from this area. The number of petals varies depending on the meaning behind the flower. Eight petals are the most common, reflecting the eight limbs of yoga, but some flowers have as many as 1000 to represent the centre of enlightenment. Of course, not many people have a 1000-petal lotus tattooed on them, but some do!

The OM symbol has tons of depth and meaning when it comes to yoga. Each curve of the symbol represents a different part of awareness, from the unconscious sleeping above and the conscious waking below to the dream state. The dot above the symbol represents nirvana or higher awareness. To reach this state of bliss, you need to pass through the dash that lies beneath it, which represents an open mind. The OM sound is often used during yoga practice and meditation, with yogis believing it to be the sound made when all of creation was born.

Mandalas are another popular yoga tattoo. This gorgeous geometric pattern is often used as a focal point in meditation, representing the universe with cosmic harmony as all paths meet at the centre. Containing tons of intricate details, the mandala is also a symbol of perfection, wholeness, unity and completeness. It is also another way to represent the lotus in full bloom with all 1000 petals. Large mandalas are often tattooed on the back where there is a large flat surface. Other popular places include the chest and thigh.

The Hamsa is a hand-shaped image, traditionally with an eye in the centre. Representing boldness and bravery, the symbol is believed to ward off negativity and evil. Many yogis see it as the ultimate form of protection when inked onto the skin. The eye in the centre represents the divine, watching over you and bringing good luck. Traditionally, people had a Hamsa tattooed onto their finger to bring even more protection, as finger ink was believed to keep negative spirits and energies at bay. For extra good luck, some yogis incorporate an elephant inside of the Hamsa. The great thing about tattoos is that you can customise them to suit your preference. If you want something different inside the Hamsa, go for it! Go with whatever speaks to you.

From the earth, the moon appears to be ever-changing as it makes its way through the sky. However, we know that the moon never actually changes, but instead remains the same as it silently moves around us. Many yogis see the moon as a powerful symbol in life. They believe that it represents how we change as we grow but ultimately remain the same person as the day we came into the world. The moon also represents feminine power, rebirth, fertility and the karmic cycle. Because of this, the moon is a popular yoga tattoo for many different reasons.

When it comes to yoga tattoos, Chakras are one of the most popular. The chakras represent the energy points around the body. By balancing the seven chakras, yogis believe we can find harmony and healing within ourselves. As each chakra represents a different part of the body, many yogis have the chakras tattooed as a line of symbols along the spinal column. Some tattoos show the chakras being entwined by a serpent. This image is inspired by Kundalini Yoga, a practice where practitioners use the chakras to release tantric energy. Normally, this energy would lie dormant at the bottom of the spine, coiled up like a serpent. Through yoga, we can awaken this energy and bring awareness to the body.

These yoga tattoos are widely popular. If you’re hoping to get a yoga tattoo, you may like to take inspiration from the ideas above. The best thing about tattoos is that you can customise them to suit your preferences. If you like a few of the concepts above, why not combine them to create your own masterpiece? If you’re unsure of what would look good, speak to an experienced tattoo artist for guidance. Before getting your tattoo, think long and hard about the placement. If you want to hide your artwork, make sure it can be concealed by a yoga top without too much difficulty. 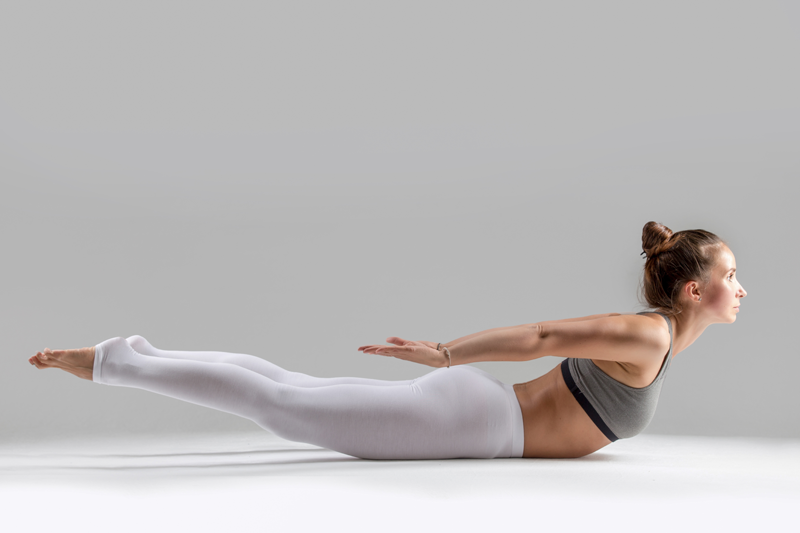