How a vegetarian diet and your workout goes hand in hand

Coconut Oil: Why the hype and is it really good for our diet? 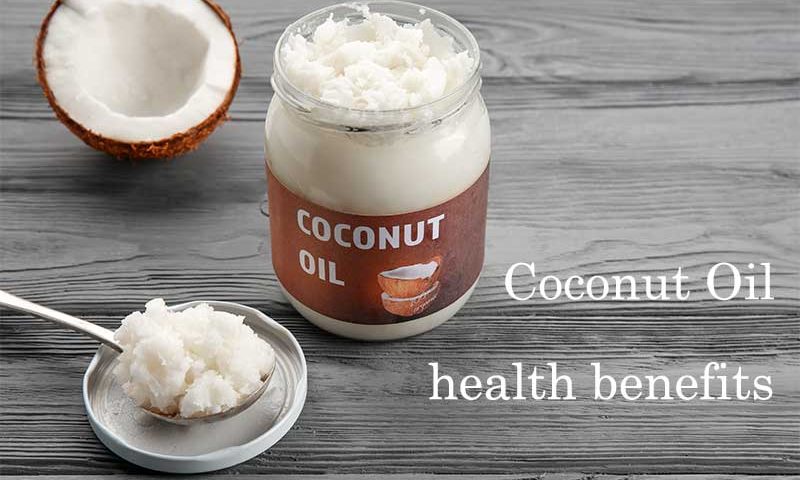 Extracted from the heart of mature coconuts, coconut oil, or copra oil as it is sometimes referred to, is an edible substance with a wide array of health benefits, and everyday uses around the home. As old as time but more recently readily available in the everyday supermarket, is coconut oil really worth the hype? In this article, we will be discussing the origins of the beloved new super food, and the health benefits that are believed to be a result of this so-called miracle product, as well as thinking about any adverse, negative effects that are out there.

According to history records, coconuts have been used by people in Asian countries for thousands of years. Used for more than just the coconuts themselves, the leaves of the plant were weaved together to make useful products such as baskets and mats, and the flowers were used to create a syrup, produced from the sap the flowers supplied.

Coconut oil was first seen to be used for cooking in the 1950s, commonly used alongside butter. Readily available to buy in supermarkets back then, coconut oil was a preferred substance of choice when it came to frying foods. This craze soon came to a halt, when results of some medical studies were released that indicated eating saturated fats, like those found in coconut oil, caused high triglyceride levels, which consequently raised cholesterol in the body.

Once it had been publicly advised to cut saturated fats such as those found in butter and coconut oil out of the diet, it wasn’t long before Vegetable oils, containing polyunsaturated fat became the new oil of choice. Still, to this day, vegetable oils have remained a popular cooking oil and are commonly used in everyday households, due to many health professionals considering them to contain “healthy fats”.

To no surprise, scientists have recently discovered that consuming vast amounts of vegetable oils, even though they contain polyunsaturated fats, is in fact, not that healthy for you. Even though the fat content in the oil may be seen as something of the healthy variety, vegetable oils also contain high levels of omega 3 fatty acids, which recent studies have shown may promote inflammation around the body as well as increasing your risk of heart disease.

Since the bomb was dropped that vegetable should now in fact, also be limited in the diet, coconut oil has come back with vengeance in a new, naturally processed form. Containing a special type of fat known as medium chain fatty acids (MCFAs), coconut oil in its newly discovered, virgin form, is now thought to benefit the body. MCFAs are believed to be burned by the body more effectively than eating traditional fats, consequently leading to more efficient fat burning and weight loss.

There is the potential for coconut oil to be extracted through the means of two different methods, commonly referred to as “wet” and “dry” processing.

One of the methods of coconut oil production is known as “dry processing”. This is the more traditional way of the two, and requires the meat of the coconut to be extracted and then dried, commonly using fire, sunlight or kilns. The dried substance, known as “copra” is then pressed or dissolved with the use of solvents, resulting in the production of coconut oil as well as another high-fibre substance, mash-like in quality. Unlike the nutritious oil, the mash holds next to no health benefits for human consumption, therefore is commonly disposed of.

The other form of production, known as “wet processing”, goes ahead with the process using raw coconut rather than dried. When the raw product is pressed, a mix of oil and water is created, which can then sometimes prove problematic to separate, making the oil recovery a little trickier. Once upon a time, a drawn-out boiling process was used to break up the two products but then ended up producing a discoloured oil, which was inferior in quality to the more sought after clear/white oils that are popular today. Technology has come a long way, and new, more efficient techniques have been adopted in the use of wet processing, but currently, it is no match for the superior, ultra-effective method of dry processing, which on average produces a 10-15% higher yield.

Although highly processed coconut oils containing high levels of saturated fats are still considered to be bad for the body in large amounts, recent studies have proven that consumption of the product in its virgin form has nothing but benefits on the body. Here we will explain and discuss a few:

Digestive Help – In addition to the fats found in the oil being easy for the body to burn and digest, coconut oil contains antimicrobial properties which can help the gut fight infection from Candida.

Benefits the Hair – Commonly used as a hair mask or hot oil treatment, coconut oil is believed be a ‘miracle product’ for certain hair types, due to the unique fat composition the product holds.

Source of Healthy Fats – Lauric acid, the healthy substance found in breast milk, makes up over 50% of the fat in coconut oil.

To Moisturise Skin – For the same reasons that coconut oil is great for the hair, the substance is also beneficial for the skin, with many people opting to use it as a natural moisturiser.

With this in mind, it’s really no wonder why coconut oil is becoming increasingly popular in the everyday household. Eating this great superfood in combination with a low intensity work out such as yoga can be great for your mind and body, as well as your overall health; so why not slip into some comfy yoga pants and get started! Whether you’re looking for improved digestive health, or a luxe new hot oil treatment for dried out hair, coconut oil has got you covered. We think it’s fair to say, it really is worth the hype.