The Complete Guide to Ashtanga Yoga 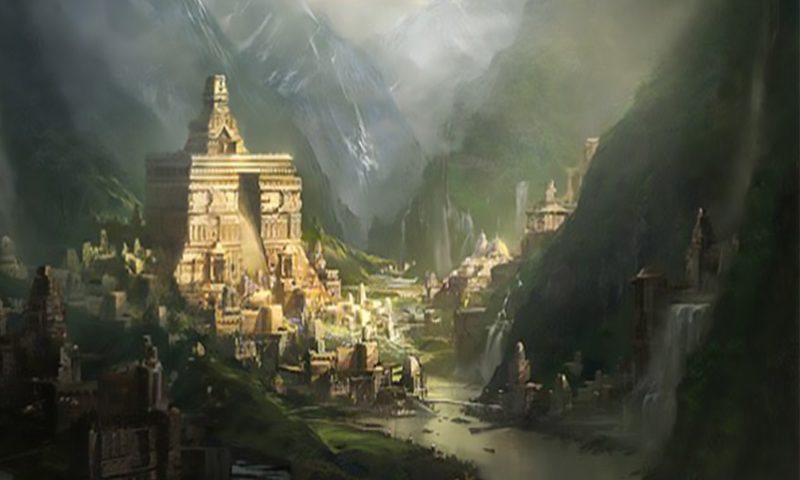 Best described as a mythical Buddhist kingdom, Shambhala is thought to be located somewhere in between the Gobi Desert and the Himalaya Mountains. In the mystic land, all the citizens are believed to have achieved enlightenment; this fact is just one of the reasons that Shambhala is looked at as the embodiment of Tibetan Buddhist perfection. Commonly, Shambhala is referred to as ‘The Pure Land’, which is mainly due to the fact that all the existence in the land has achieved the aforementioned enlightenment. In this article, we will explore Shambhala and the beliefs about the mythical kingdom in more detail, focussing on everything from its history to its place in western society today.

Deriving from ancient Sanskrit texts, the name ‘Shambhala’ is thought to translate to ‘plae of tranquillity’. First appearing in early Kalachakra Buddhist texts, the myth states that capital of Shambhala is called Kalapa and that all the rulers present there are from the Kalki Dynasty. Many individuals believe that the myth orientates from ancient memories of a physical kingdom, located somewhere in the mountains of Central Asia.

One of the most famous aspects of the Shambhala myth is its predictions for the future. According to ancient texts, the world is expected to fall into chaos approximately in 2400 CE, causes a result of societies greed and selfishness. It is explained in the texts that at this point the Kalki king will arise from Shambhala with an army of troops trained to defeat the forces of darkness, leading the world into a prolonged period of peace and happiness.

The mythical kingdom is spoken fondly about in Hindu and Tibetan Buddhist traditions. The mystic land is mentioned in an array of ancient texts, including the Zhangzhung texts of western Tibet and the Kalachakra Tantra. Various scriptures have also been known to speak closely of another land, named Tagzig Olmo Lung Ring. Many Hindu texts mention the mythical village as being the birthplace of the final incarnation of Vishnu, better known to most as Kalki.

Older than most organised religions, a huge range of legends, teachings and healing practices today are associated with Shambhala. The mythical kingdom is thought by some to have been an indigenous belief system absorbed by other faiths from an Alti-Himalayan shamanic tradition.

Although there is still opposing views on where Shambhala derived from, it has gradually come to be looked at by Buddhist as a fabulous land of spiritual vision and utter purity. It didn’t take long for the ideas of Shambhala to become popular in the West, even amongst non-Buddhist spiritual seekers.

Shambhala is thought to be ruled by the future Buddha, commonly referred to as Maitreya. The Kalacakra tantra explains that when the world as we know it is taken over by war and greed, all will become lost; after this, the 25th Kalki king will make his way from Shambhala with thousands of troops, trained specifically to vanquish ‘dark forces’  and return the world to a peaceful state once more. Calculations in the Kalachakra Tantra have been estimated to put the date of this occurrence at 2424.

Shambhala in the Western World

While Shambhala is typically a Buddhist tradition, over time westerners have become intrigued by the concept of the fabulous land, with their ideas often being based on accounts from the Kalachakra tradition. The ancient traditions of Tibet remained unknown to people in the west until the twentieth century; before then, any information westerners received was just from word of mouth, and most of it differed highly from the truth.

The first notable information received in the west about the kingdom of purity came from the Portuguese Catholic missionary, who was thought to of heard about Shambhala but have mistaken it for another name for China or Cathay. In approximately 1627, individuals began to head to Tashilhunpo to seek out the beautiful kingdom, but after realising that Shambhala was something of a totally different nature, they decided to make their way back home again.

In 1833, the Hungarian scholar Sándor Kőrösi Csoma recorded the first account of what they thought was Shambhala, describing the land as “a fabulous country in the north…situated between 45′ and 50′ north latitude”. Although we know now that this is untrue as Shambhala does not have a geographical location, it is believed that the location described by Sándor Kőrösi Csoma is eastern Kazakhstan, which by chance is ladened by miles of hills, low mountains, rivers, and lakes – much like the location of Shambhala is believed to look.

Today, Shambhala is frequently referred to in modern fiction, giving people all over the world a small inkling of what the mythical land is thought to possess, without spending too much time explaining the complex in’s and out’s of the kingdom. Below, we explore a couple of famous instances that Shambhala has been made apparent in modern fiction over recent years.

In James Hilton’s 1933 novel Lost Horizon, the concept behind Shangri-La is thought to have been inspired by the Shambhala. Back when the novel was written, articles were making their way into the National Geographic on Eastern Tibet Kham, which was also thought to influence the scene.

Regardless of whether it is a myth, legend, or a physically existing land, the ideas and beliefs behind Shambhala are still ever apparent in Tibetan Buddhism. Today, the mythical kingdom is even beginning to make it’s way into western society, capturing the attention of even non-Buddhist spiritual seekers, intrigued greatly by the ideas of purity, tranquillity and enlightenment. Whether you’re reading Sanskrit texts for more information on the promised land, or you’re interested in getting out your yoga clothes and practising some of the traditional techniques, there is an incredible amount of culture to be discovered in the famous Buddhist texts.