What Music Should You Listen to During Your Yoga Session?

Is the Best Yoga Training in India? 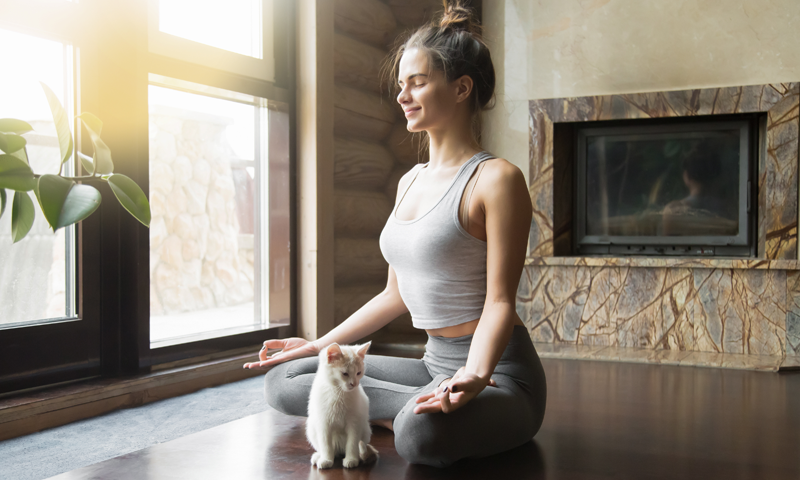 Practising yoga with animals is certainly the trend of 2019. But what is the idea behind the collaboration? Some yogis like to incorporate animals into their practice as a form of therapy. Studies have shown that simply stroking animals releases tons of positive hormones that boost your mood. From boosting mental stimulation and reducing loneliness to helping you breathe slower and relax, hitting the yoga mat with animals offers several benefits to us as humans. Below, we explore the new trend: yoga with animals in more detail.

Types of Yoga with Animals

This year, Goat Yoga is skyrocketing in popularity. This December, Laughing Frog Yoga is hosting two Goat Yoga classes for students to enjoy. In each session, baby goats provided by Party Goats LA will wander around the studio whilst you practice. The tickets for the classes were released in July and were sold out within days.

In August, Ahimsa Yoga Studio partnered with Animal Care League to run a yoga session with kittens. During the class, the kittens were able to run around the studio and were all available for adoption at the end. Also, students received a coupon for a discounted session at the studio and a free ACL water bottle. For every $20 ticket that was sold, $15 went to ACL.

Could bunny yoga be the next big thing? The Small Animal Rescue Society recently held a charity event that brought bunnies into yoga studios. While this is exceptionally cute, we wonder how they cleaned up after the bunnies before moving into a face-down restorative pose.

Texas-based yoga studio, Awakened Yoga, recently partnered with Sugar Land Animal Shelter Dogs to bring dog yoga to their studio. During the session, dogs from the animal shelter could roam around the studio and were all up for adoption at the end. Students were also invited to bring their own dogs along if they had any already – how cute!

Unlike the other animal yoga classes, horse yoga can’t happen inside the studio. However, that hasn’t stopped people from getting involved. Vermont-based studio, Yoga Vermont has run a few horse yoga classes, taking advantage of the therapeutic benefits that horses can provide. 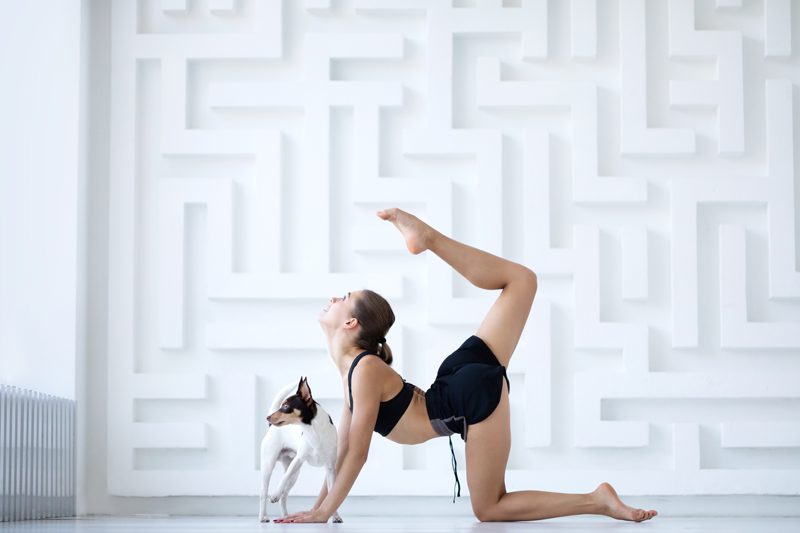 What Animals Can Teach Us

A primary goal of yoga is to develop awareness. Many yogis think of this as self-awareness; while this is true to an extent, yoga also develops environmental awareness. The ability to look inwards and develop our self-awareness requires a connection with the outside world. With this connection, we can’t understand how we fit in and connect with the world around us. Yoga helps us to tune into the environment and animal yoga takes this one step further. During an animal yoga class, we break out of the human realm and look towards the larger, outside world. This gives us a new perspective and appreciation for both yoga and the world around us.

We can learn a lot from animals. Understanding our place in the world and developing a connection with animals can improve our awareness and subsequently improve our yoga practice. All we need to do it sit back, listen, and observe. Below, we explore some of the things that animals can teach us.

Reflect on Our Roles

It’s not always obvious, but the human world and the animal world are intertwined. During animal yoga, we can reflect on the role that animals play in our lives, ranging from the products we use to our pets. We consider what animals bring into our world and what we bring into theirs.

To Stop, Watch and Observe

To understand animals, we need to stop, watch and observe what they are doing. Observe how animals move around the zoo, watch some birds in the garden, or observe your family pet. Take note of any behaviours that stand out to you and any new actions that you see.

Help us to Perfect Our Poses

During your next yoga class, visualise the animal that the poses are based upon and try to represent the animal through movement. For instance:

Whether you’re an experienced yogi or you’re just getting started, yoga with animals can take your practice to the next level. If you live in a major city, there’s likely to be animal yoga sessions on your doorstep. Do your research and see what’s about before choosing one that appeals to you. If you’re thinking about getting a pet, choose a session that allows you to adopt an animal at the end of it. This is a great way to meet pets in need of a loving home and bond with them before adopting. Before attending your animal yoga session, check the studio website for any equipment that you’ll need. Most of the time, all you’re need is a lightweight top and a comfy pair of yoga pants.