What is Pilates? Benefits of Pilates.

What is Karma? Does what goes around come around? 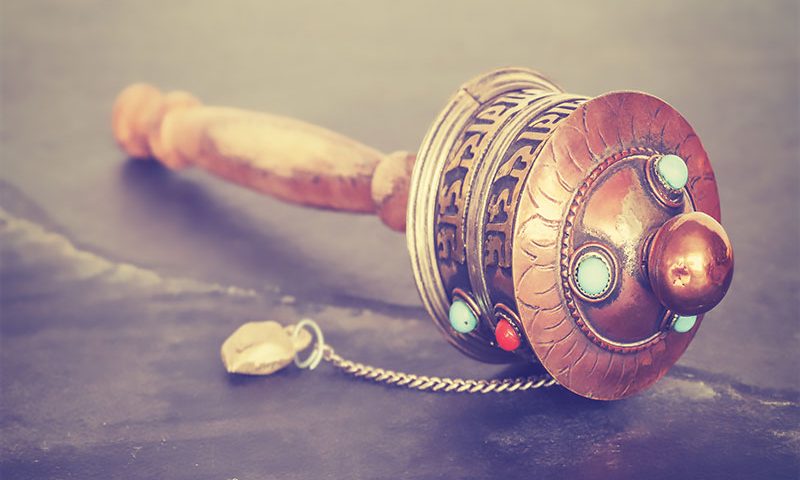 The ancient Sanskrit text known as the Bhagavad Gita (Gita for short) implies that the soul departs when the body dies. The appearance of the outer body and the psychological makeup including likes, dislikes and phobias that one receive in their next life is dependant on the actions of their current one. These actions can be referred to as karma. It is believed that ones positive and negative doings are all recorded; consequently, nobody really gets away with anything – even after death. In this article we will explore the idea of Karma in more detail, discussing the beliefs behind the ancient concept and the history of how it first came about.

The traditional Sanskrit word primarily means ‘action’, although the term is thought to have gained a variety of other meanings over the years. Simply explained, the term karma referred to the connection between actions and results. The experience of good and bad happenings in current life is thought to be a direct result of deeds carried out in previous lives; this is referred to as the Law of Karma. The natural law not only justifies the situation of a person in their present life but is also thought to rationalise the cycle of birth and death.

First appearing in the Rigveda, the oldest Hindu text, Karma was initially thought to be spoken of before 1500 BCE. Back then, the term held a minimal meaning of ritual actions unit the theory was extended by the Upanishads in 800 BCE, gaining a stronger philosophical weight by attaching actions and consequences to the overall theory. While Karma is a natural and philosophical law through the world today, the exact meanings of the term vary from religion to religion, but always remaining focused on the process of actions and consequences.

Ancient texts teach us that any negative or positive actions one demonstrates in their current life, they will pick up from where they left off as they are born again. For instance, if one starts being intentionally spiteful and doesn’t try to change these tendencies, in their next life they will continue with these traits; with the same principle applying to positive actions.

The mind functions based on its conditioning, which is all believed to be dependant on past actions. Consequently, when the body passes away, the mind and soul of that person get transferred into another body, ready to continue where they left off. It is thought by some that even during foetal life in the womb, the mind has the ability to recall events from the previous life. Studies have shown that babies have the ability to dream before they have even exited the womb. Some Buddhists believe that this confirms rebirth does truly exist, because if the foetus hasn’t lived before, then what else could they be dreaming of other than their previous life.

When the mind and soul are transferred to a new body, although the exterior is different, it is thought that the mind more or less stays the same. Buddhism teaches that the people we become in our current lives are almost identical to the people we were previously – in terms of mind and soul. This theory can help to explain why some children seem to entail past life memories. Often very specific with the ability to be verified, the memories are believed to be so vivid because they are, in fact, real.

Most Buddhist firmly believes that the soul moves through different bodies until it rids itself of anger, greed, envy and pride, ultimately becoming pure again. When this happens, the cycle is thought to stop as the soul is believed to have reached Nirvana.

Can we change our karma?

Although Karma is thought of as being difficult to change, it is believed to be possible through prayer. According to the laws of nature, individuals must pay for their bad actions; but when they devote themselves to God through deep prayer, it is believed that they need not suffer from their past wrongdoings, as they have spent time remembering the divine image within themselves. Even after this experience, though, if it becomes apparent that they are not forgiving others, their humanity is thought to become identified once more, subjecting themselves to the traditional law of karma once more.

It is also thought to be possible for Karma to be changed by a self-realised master. Free from karma himself, a master is able to take on some of the individual’s karma, allowing them to advance more quickly. The most renowned example of this is Jesus Christ, who took on the karma of his disciple’s past actions by being crucified, therefore freeing them from the need to suffer.

The law of karma also has the potential to affect a group of people such as a country or religion. It is possible for a country to be conquered or experience natural disasters because of the overall karma of the group, even if a select few of them did not participate in evil actions. Although those without karma may experience the backlash from others mistakes, it is believed that they might survive the disaster.

Can we exit the cycle?

It is uncommon for individuals to realise that their actions are generated by past karma. While they believe they are acting freely, they are actually acting out of subconscious habit from many previous lifetimes.

Although difficult, it is possible to exit this cycle. By understanding that your actions are not performed out of free will, it is possible to accept the guidance of God instead, following his teachings rather than being guided by desire. For as long as one if living from divine guidance rather than that of ego, no more karma will be accumulated.

Regardless of whether you follow certain aspects of the theory of karma from religious teachings, or you get your yoga pants out daily to meditate and take time to reflect on your wrong-doings, the majority of Buddhists and Hindus strongly believe in life after death and the cycle of rebirth; the nature of which depending largely on karma and the deeds carried out in your previous life.