What is Homeopathy and how is it used to heal?

10 Positive Thinking Books That Will Change Your Life 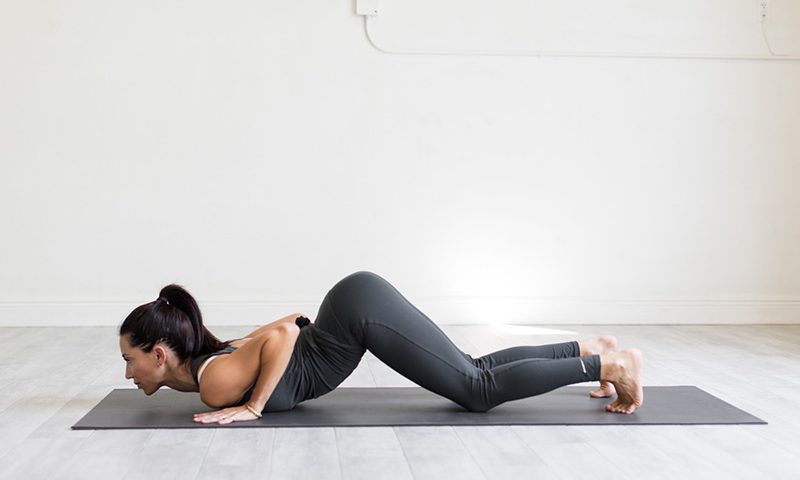 With thousands of classes all over the world bringing Iyengar Yoga to millions of people every week, as well as those practising privately at home, it is currently one of the world’s leading forms of yoga.

Iyengar Yoga came to light in the 1970s thanks to Indian yoga teacher B. K. S. Iyengar, an early student of the ‘Father of Modern Yoga’, Tirumalai Krishnamacharya, who was also his brother-in-law. In 1956, Iyengar travelled to the United States where he taught yoga. Fast-forward and, a decade later, Iyengar released his internationally best-selling book, Light on Yoga (1966) which, to date, has sold over three-million copies worldwide. Throughout his lifetime, Iyengar wrote 14 books; however, Light on Yoga remains his most popular. In 1975, the Ramamani Iyengar Memorial Yoga Institute in Pune, western India, was founded by Iyengar in memory of his late wife. Following the success of Iyengar’s teachings, hundreds of Iyengar Yoga teachers launched localised classes and, today, the popularity of Iyengar Yoga persists. There is now an Iyengar Yoga class in almost every major city around the world.

What is Iyengar Yoga?

Iyengar Yoga is a unique form of Hatha Yoga with precise alignment, sequences, and extended holds at its heart. With the aim to improve and maintain excellent posture, Iyengar uses more than 200 yoga positions, including both traditional positions and up to fourteen variants on traditional positions. Unlike other forms of yoga, it also uses an array of props, including belts, blocks, straps, sandbags and blankets to assist when performing asanas, or postures. The props used in Iyengar Yoga also allow those less able, including the elderly, to participate without risk of injury, making it very accessible.

Like most types of yoga, Iyengar brings together both the physical and mental aspects of traditional yoga styles including controlled breathing (or pranayama), concertation and posture. As well as encouraging all-round physical health, Iyengar Yoga strives to achieve heightened consciousness.

While many types of yoga embrace silence due to the meditative focus, Iyengar Yoga is very vocal and, typically, guided by a teacher, which is why small classes are at the forefront of the Iyengar style.

By practising Iyengar Yoga, you will not only see benefits to your physical and mental health, but you will also see improvements to your energy levels while releasing both physical and emotional tension.

How does Iyengar Yoga increase strength?

One of the key differentiators of Iyengar Yoga to other styles is that you are required to hold poses for longer – up to three minutes depending on the pose and individual preference. By holding poses for longer and with focus, Iyengar Yoga promotes stability and helps to develop strength and flexibility.

Even though some positions can be performed without equipment, it’s important you have a range of Iyengar Yoga equipment available, just in case it’s needed – especially at home. As well as a soft yoga mat and comfortable yoga clothes, including yoga tops and yoga pants, essential equipment includes a minimum of five foam blocks (around 30cm x 20cm) and two cork or wooden bricks. You will also need a blanket and at least two yoga belts which will, very importantly, reduce the risk of injury.

As well the essential Iyengar Yoga equipment, you may want to stock up on optional yoga equipment, including bolsters and a sturdy chair, as well as a yoga back bender. You can also include sand bags and planks in your kit, which will help you to complete some yoga positions comfortably and safely.

Thanks to its enormous range of positions, with a position to suit every level of experience, Iyengar Yoga is suitable for both beginners and seasoned yoga enthusiasts. You can complete Iyengar Yoga at home, however, to begin with at least, we recommend practising under the supervision and guidance of a local qualified yoga teacher. If you’re unsure about trying it alone, get a group of friends together.

Iyengar Yoga positions for beginners include:

Also known as the Paschimottasana position, the sitting forward bend stretches your hamstrings and back to relieve tension. To complete the bend, sit on the floor with your legs out straight and, bending your back, reach out until your palms meet in front of your feet. If you struggle to hold the posture, use bolsters or a pillow to hold yourself up. Always develop your position gradually to prevent injury.

The downward facing hero pose, also known as the Adho Mukha Virasana position, involves kneeling on the floor with your knees together, sitting on your heels. Reach straight forward as far as you can. If you are not feeling the benefit in your back, try and reach further forward. Always use a yoga mat.

Also known as the Uttanasana position, the standing forward bend stretches your hamstrings. Keeping your legs straight, bend all the way forward until your palms lie flat on the ground. When completing the position, if you struggle to reach the floor, use props such as yoga blocks to raise the floor level. You can also achieve this pose using wooden blocks or, for a less difficult position, a sturdy chair.

The reclining bound ankle pose, also known as the Supta Baddha Konasana position, opens the hips and groin and, for women, helps to relieve menstrual pain. To complete the pose, with multiple bolsters behind you and, if necessary, yoga blocks under your knees, lie on your back with your head rested, the bottoms of your feet together, and your legs apart with your knees lowered to the ground.

Whether you’re a yoga novice or seasoned professional, thanks to its use of props, Iyengar Yoga is an accessible form of yoga for everyone, regardless of age and ability. To find out more, attend an Iyengar Yoga class and get on the right path to a much healthier, happier you in mind, body, and soul.