Best Yoga Positions for Back Pain

10 Famous Yoga Teachers You Should Know 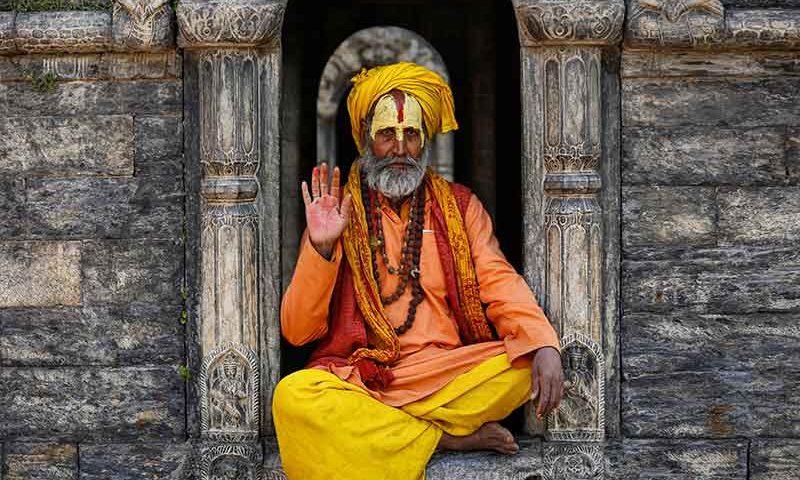 In the world of yoga, in both the spiritual and physical sense, there are numerous influential and knowledgeable yoga teachers, however, to name them all would take days. In this article, we explore the practices of ten of the most famous yoga teachers, some of whom are traditional teachers that are no longer with us, such as Sri T. Krishnamacharya, and others that have developed modern forms of yoga and brought them to the masses, such as Lakshmi Voelker.

Founder of Bikram Yoga, a type of hot yoga that uses Hatha Yoga postures, Bikram Choudhury created a now established series of 26 postures which he claims restored his health after a paralysing weightlifting accident in the ’60s. After his accident, Choudhury thought he would never walk again but then, through his yoga techniques, was walking within six months of the accident, despite doctors’ uncertainty regarding his recovery. In the ’70s, Choudhury arrived in the United States where he opened yoga studios in California and Hawaii. For Bikram Yoga, the room must be heated to 40°C to “replicate the Indian climate” for ultimate health in mind and body.

Continuing his father Walt Baptiste’s yoga legacy, American yoga teacher Baron Baptiste practices Baptiste Yoga, firmly established in the ’40s. Baptiste Yoga uses Hatha-inspired postures with the aim to increase focus and boost confidence and is a highly physical form of yoga. Over the years, Baptiste has written several internationally renowned books, including his latest book Perfectly Imperfect: The Art and Soul of Yoga Practice (2016), and is the founder of the Baptiste Institute which has Baptiste Yoga studios and partners all over the world, bringing yoga to the masses.

Now in her 70’s, Lilias Folan is considered the ‘First Lady of Yoga’ after hosting a successful yoga television show titled ‘Lilias, Yoga and You’ in the ’70s, which attracted more than 10 million viewers throughout its run. Folan brought yoga to ordinary people such as housewives and office workers, making her a real yoga icon. Today, Lilias continues to teach yoga in the United States and is regularly found speaking at prominent yoga and wellness events. Time Magazine labeled Folan the “Julia Child of Yoga” – an endorsement that cements her a place in popular American history.

Widely referred to as the ‘Father of Modern Yoga’, Tirumalai Krishnamacharya was an Indian yoga teacher, ayurvedic healer and scholar. He is best known for reviving Hatha Yoga and, during his life which, sadly, ended in 1989 when he was 100-years-old, he taught some of the world’s most influential yoga teachers, including Indra Devi and Srivatsa Ramaswami, and wrote several books on yoga, including Yoga Makaranda (1934). One of Krishnamacharya’s fundamental teachings is that every person’s yoga programme should be tailored to their needs as everyone is different.

Full name Bellur Krishnamachar Sundararaja Iyengar, B. K. S. Iyengar was one of Sri T. Krishnamacharya’s first students and was the founder of Iyengar Yoga, a type of Hatha Yoga which focuses on precision, alignment, posture, and breathing to improve strength, mobility and stability. In 2004, he was named one of the 100 most influential people in the world by Time Magazine. Iyengar died in 2014 at the age of 95; however, his techniques retain a global audience.

Born in India in 1915, Jois was passionate about yoga from an early age and, consequently, at the age of 12, became one of Sri T. Krishnamacharya’s students. Jois is famed for founding Ashtanga Yoga, a contemporary take on classical Indian yoga that is very physical and athletic. In 1948, Jois founded the Ashtanga Yoga Research Institute (now the Shri K. Pattabhi Jois Ashtanga Yoga Institute) in Mysore, India. He died in 2009 at the age of 93, leaving a unique yoga legacy behind.

Both students of Sri K. Pattabhi Jois, David Life and Sharon Gannon are the founders of Jivamukti Yoga, a physical and highly spiritual form of yoga that embraces music and meditation. The duo regularly appears on television and in magazines and was described by Vanity Fair as the pair “making yoga cool and hip.” The pair has published four books, including Art of Yoga (2001).

With innovation at her heart, New York native Beth Shaw is one of the 21st century’s most influential yoga teachers and is the founder of yoga fitness educational system, YogaFit. Beth’s teachings combine the mind, body, and fitness to ensure good health, helping you to become your “best self.” Through YogaFit, Beth has been responsible for training from than 75,000 fitness instructors worldwide. Shaw has also written numerous books, including Beth Shaw’s YogaFit.

Essential to making wellness accessible to everyone, Lakshmi Voelker is the founder of Chair Yoga which embraces alternative fitness methods from those limited physically and mentally. All Voelker’s programmes occur while seated on a chair. Lakshmi has had numerous successful DVDs and now offers Lakshmi Voelker Chair Yoga Certification and works as a private yoga therapist, too.

A pioneer in yoga practices that focus on mental wellbeing through highly physical activity, Ana Forrest is the founder of Forrest Yoga which aims to help students “cleanse emotional and mental blocks that dictate and limit their lives.” Forrest Yoga uses traditional Hatha Yoga techniques and focuses on breathing, core strength, self-awareness, and spirituality to help you “heal and grow.”

Yoga is an incredibly powerful practice that, if undertaken regularly, can completely transform your outlook on not only your life but also the world around you, filling your life with positivity.

Whether you’re a yoga newbie or a fitness aficionado, embrace the teachings of the world’s famous yoga teachers to find out which methods work best for your mental and physical health.