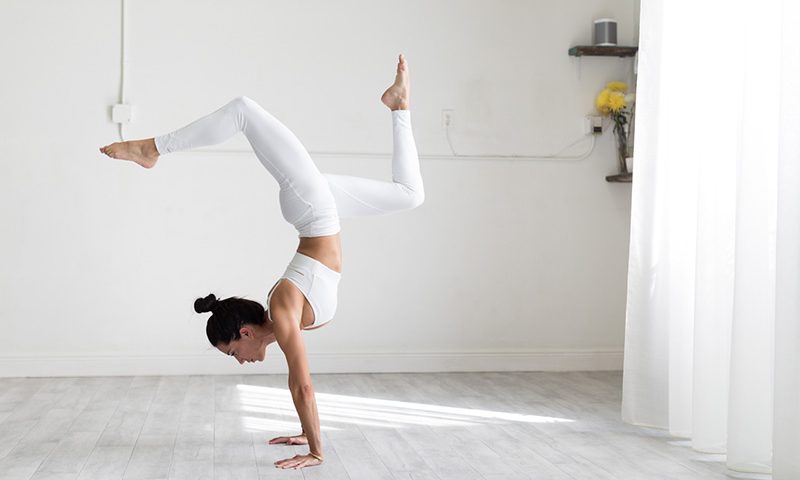 Incorporating a variety of dynamic movements, deep breathing techniques, meditation and chanting of mantras, Kundalini Yoga is best described as an inspiring blend of spiritual and physical practices. The main goal of this specific type of yoga is to improve the physical vitality and boost consciousness. In this article, we will be looking into the ancient practice in more detail, exploring the basics, the history and the goals and benefits.

The Basics of Kundalini Yoga

Translating to the phrase “a spiritual energy or life force located at the base of the spine”, the word Kundalini is commonly depicted as the image of a coiled snake. It is thought that practising this type of yoga can help to wake the sleeping Kundalini Shakti from its base, allowing it rise through the 6 Chakras resulting in penetration of the 7th, often referred to as the crown. The body holds three main channels of pranic energy: the left, right and central. As the Kundalini Shakti moves through the chakras, it is thought to push energy along each of these channels, cleansing the system.

Simply explained, in order to spark Kundalini energy one needs to partake in a technique known as yogic breathing. In this practice, certain energies from the body come together in the third chakra, causing a reaction that forces energy to drop down to the first two chakras before rushing up the spine into the brain, activating the connection between the pituitary and pineal glands which leads to the penetration of all 7 chakras.

Taking on various forms from an array of different practices, Kundalini Yoga is often seen to use three main yoga forms within its own technique; using Bhakti yoga for devotion, Shakti yoga for power, and Raja yoga for mental power and control. By partaking in Kundalini Yoga daily, it is thought to help one achieve their total creative potential and enable them to truly connect with their inner-self.

Particularly in locations such as New York and Los Angeles, Kundalini is growing quickly in popularity. Unlike most forms of yoga, Kundalini doesn’t teach any strict rules to follow by or even make many suggestions for users to stick to. The practice is highly personal, allowing one to adapt their technique however they see fit and find their own personal meaning in the session. The main goal is to be able to switch off from the physical world and be that step closer to actualising your Higher Self. By no means does the ancient practice claim to be the best way to do this; it is simply one option, providing people with their own path to personal discovery. Though the practice was developed thousands of years ago, each class feels fresh, relevant and forward-thinking, giving the impression that it was designed in recent years.

While today yoga is often described as merely a type of exercise, originally it was more a way of life, focusing solely on a sacred spirit-body connection. Unlike today, the goal back then was not fitness, it was to connect with Brahman, best described as the God-like spirit deep inside us. Out of all the many yoga forms that have developed over the past 1,000 years, Kundalini is still to this day considered the most sacred.

The ancient practice was first mentioned in the sacred Vedic collection of writings, commonly known as the Upanishads. Although the exact date and origin of the yoga are unknown, the texts date back to 1000 BC, giving us some indication of when Kundalini Yoga first became apparent. In these historical texts, Kundalini is referred to as a science of energy and spiritual philosophy long before the physical practice was developed. The name of the texts the ‘Upanishads’ translates to “sitting down to hear the teachings of the master.” It is believed that those initial Kundalini classes were just that. Knowledgeable masters sat before students, taking time to recite spiritual visions. Documentation such as this proves that this method of teaching was popular in ancient Vedic society, and later similar methods were adopted by other religious figures such as Buddha and Jesus.

Slowly, the body science began to develop into the physical expression of the Upanishad visions. Back when it first came about, the practice of Kundalini Yoga was only taught to a select few. Treated as an advanced education, it was imperative to go through years of initiation before students were seen as being ready to learn the spirit-body lessons of the Kundalini practice. The scene of Kundalini continued to be kept secret for thousands of years, only being passed on from masters to chosen disciples that were considered trustworthy and capable. Back then, teaching the art outside of the elite circle was almost unheard of as it was believed that the general public was not ready to open their minds to such powerful knowledge. The spiritual practice was only unveiled to the rest of the world when one individual decided to start spreading the so-called secret. A holy Sikh named Yogi Bhajan decided to bless the rest of the world with his teachings in 1968 when he left his hometown of Punjab, India and made his way over to Canada. From this moment on, Kundalini Yoga started to really take off, with the general public beginning to partake in the ancient practice and starting to reap the benefits.

Believed to develop the power of the intuitive mind, Kundalini yoga is thought to boast a wide array of physical, as well as spiritual benefits. The ancient form of yoga enables us to connect with our inner guidance, learning to listen to it through the process of deep meditation and mindful breathing. As you learn to connect with your inner guidance abilities, it becomes easier to make the right decision when faced with the difficult choices life so often brings.

Physically, Kundalini Yoga helps us to strengthen the nervous system, purifies the blood, balances the bodies natural energy and cleanses subconscious thought patterns. It is believed that through the practice of the Kundalini technique, it is possible to achieve greater awareness in how to respond to your thoughts and emotions. With the necessary training, one can ultimately train the mind to not react emotionally at all by developing a buffer zone, allowing the mind to make conscious choices about the bodies responses to certain events.

The end goal of Kundalini Yoga is to provide the user with a healthy, happy life full of wise choices, ultimately achieved by connecting with their inner-self. Taking the time to learn how to meditate and breathe can bring significant benefits to one’s life, even if you don’t opt to use the full process – so why not pick up some comfy yoga gear and attend a local class. For those that decide to practice each aspect of the teachings as a whole, the improvements and long-term health benefits can be massive.