Raw chocolate health benefits and the difference between cocoa and cacao

Benefits of intermittent fasting, how does it work and how to start

Yoga history and origin, benefits and the philosophy it teaches 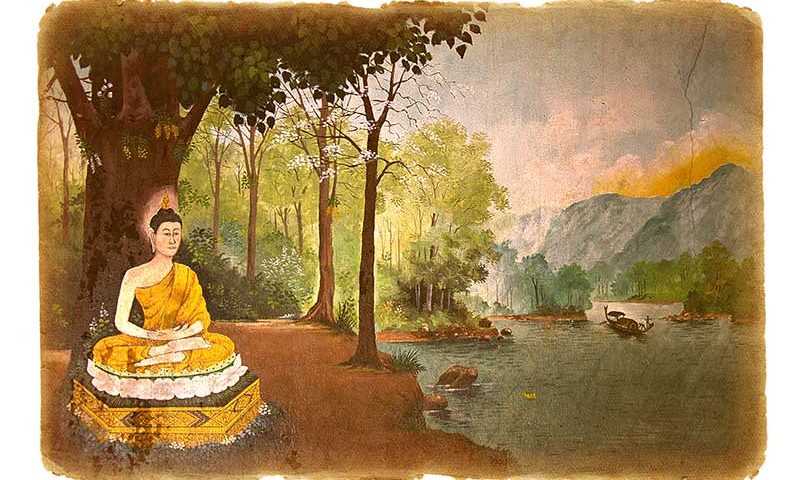 The history of yoga

Yoga is practiced worldwide and is one of the biggest fitness trends of the last decade with everyone from celebrities to personal trainers hailing the benefits of the practice, but yoga is certainly not a new practice, it may be up to 10,000 years old! To help you understand a little bit more about the history of the practice that keeps you calm in body and mind we thought we’d take you on a journey so that you can learn more about the history of yoga, and how it came to be the phenomenon it is today.

Where did it all begin?

The history of yoga is somewhat uncertain. The origins of yoga can be traced back to over 5,000 years ago, but some historians and researchers think that it could be over 10,000 years old. The reason there is so much uncertainty is due to the fact that it was originally taught through spoken word and any texts on its teachings were secretive. It is believed that early teachings were written on palm leaves that have since been damaged, destroyed or lost.

Yoga began in Northern India and was developed by the Indus-Sarasvati civilization. The first time the word yoga is known to have been mentioned is in the oldest sacred texts, the Rig Veda. The Vedas were a collection of texts containing songs, mantras and rituals to be used by Brahamans who were the Vedic priests and was written in the Indo-European language, Sanskrit.

Sanskrit, is where the initial teaching of yoga came from and the word yoga has several translations. It comes from the work yug which meant “to hitch up”, or another definition was “to put to active and purposeful use”. Other translations are “yoke, join, or concentrate.” Today, yoga means uniting, or a method of discipline. A male who practices is called a yogi or yogin; a female practitioner, a yogini.

The practice of yoga as we know it today did not happen overnight and yoga has gone through many iterations over the years. During its pre-classical stage yoga contained many different ideas, techniques and beliefs that sometimes even contradicted and conflicted with each other. This was because yoga was primarily taught orally with the teacher explaining directly to the student what to do, and therefore written guidance was hard to come by and as a result, there was very little consistency in the practice.

One Indian sage Patanjali is credited with gathering his thoughts on all his oral teachings and writing a book – the Yoga Sutra, which is a collection of nearly 200 statements that act as a philosophical guidebook for life. This is now around 2,000 years old, but still forms the basis of much of today’s yoga teachings.

The book was the first systematic approach to yoga and the text describes the path of Raja Yoga, often called “classical yoga”. Patanjali’s text organized the practice of yoga into an “eight-limbed path” with steps and stages towards achieving enlightenment. Patanjali’s teachings are often considered as the ultimate guide and much of the Yoga Sutra still influences modern yoga teaching today.

Sometime after Patanjali, the yoga masters of the time designed a new system of practices that were created to help rejuvenate the body and prolong life. They began to reject the teachings of the ancient Vedas and started looking more to what the physical body can do to achieve enlightenment.

Out of this came Tantra Yoga, with techniques to cleanse your body and mind to break the ties that bind us to our physical existence. The idea was that this type of yoga prepared the body and nervous system, for stillness by creating the physical strength and stamina required to allow the mind to remain calm. This practice led to what we now think of as Hatha Yoga.

The rise of yoga in the west

Yoga began to appear in the west in the late 1800’s and early 1900’s as yoga masters began to travel and gain interest and followers. The beginning of this is generally said to be in 1893 at the Parliament of Religions in Chicago when Swami Vivekananda wowed the attendees with his lectures on yoga and discussed how universal the world’s religions are.

Throughout the 1900’s yoga was promoted across India. In the 20’s and 30’s Hatha yoga was strongly promoted with the work of yogis such as T. Krishnamacharya and Swami Sivananda making the practice popular. Krishnamacharya opened the first Hatha Yoga school in Mysore in 1924 and in 1936 Sivananda founded the Divine Life Society on the Ganges River. They also trained many students who took the practice forward and helped make it the global phenomenon it is today. Sivananda also became one of the key authors of yoga, writing over 200 books on the practice, as well as opening yoga centres worldwide to deliver and teach the practice of yoga to anyone wishing to learn.

One of the key moments in yoga making it into the west was when Indra Devi opened her yoga studio in Hollywood in 1947. The practice then continued to grow in popularity with more and more people wanting to take part, including celebrities, which gave the practice even more popularity.

Nowadays there are many different yoga schools, classes and types of teachers available each with their own way of delivering their teachings, some focusing more on the physical and others on the mental, but one thing that all these teachers have in common is the basis that comes from the history and ancient teachings from over 5,000 years ago.

Yoga now has millions of followers worldwide with new beginners starting their yoga journey every day. Not all of them will know the sacred and ancient beginnings of the practice, but it is something that we should all remember and be aware of; that yoga is so much more than an exercise class; it is a practice about body, soul and mind which is not just physical, but about inner peace too.