How can yoga be a tool of empowerment?

Why is my body shaking in yoga class? 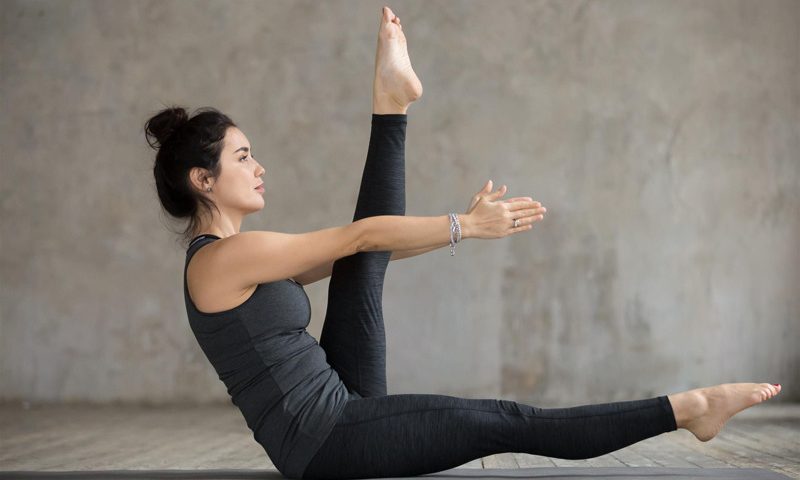 During yoga, it’s not uncommon to experience shaking, trembling, or vibrating muscles. Typically, this happens during a posture that requires a large amount of effort; however, it can also be experienced during resting postures such as Corpse Pose. Most of the time, the sensation appears out of nowhere and cannot be controlled – almost as if your muscles have a mind of their own! To make sure the shaking isn’t caused by dehydration, remember to pack your yoga bag with a fresh bottle of water to sip throughout the class. In this article, we explore body shaking in yoga class in more detail.

If you’ve just started practising, body shaking is nothing to worry about! Although your muscles may shake a lot at first, they will become stronger with regular practice. The muscles are made up of fibres. When using your muscles, not all the fibres contract at the same time. To prevent the muscle from getting fatigued, some rest while the others work and then they switch places. However, the changeovers aren’t always smooth if your muscles aren’t used to intense exercise. Over time, they will learn when to contract and when to rest and the shaking should subside.

A common cause of muscle shaking is fatigue. Experienced after intense physical exercise, this type of shaking is an indicator that your body has reached its maximum intensity. Fatigue-induced shaking is often accompanied by the contracting and releasing of the muscles. If you experience this, it’s probably a good idea to stop and give your body a chance to recuperate. Providing that you don’t push too far past that point, fatigue-induced shaking isn’t necessarily a bad thing. As the psychological response proves that the exercise is doing its job, some people use it as an indicator of when to stop.

To build a balanced physique, it’s important to use all the different muscle groups. If you’re performing a new asana, you may be using muscles that you haven’t worked out before. If this is the case, it’s likely that your body will shake until you build strength in the new area. Providing that you are aware of your form, this is absolutely fine. However, it’s important to make sure that the shaking isn’t caused by compensating muscles. For instance, if you’re performing Plank Pose and your arms start to shake, make sure that your core is engaged to prevent excessive tension being placed on the shoulders.

Another cause of muscle shaking is dehydration. If you haven’t had enough water, your connective tissue may have difficulty sending signals from your brain to your muscles. This, combined with the change in your electrolytes, can throw your body off track and cause the muscles to shake. To prevent dehydration, drink a large glass of water 30 minutes before your practice. If you’re exercising for more than 60 minutes, consider sipping on a drink during your session, too. 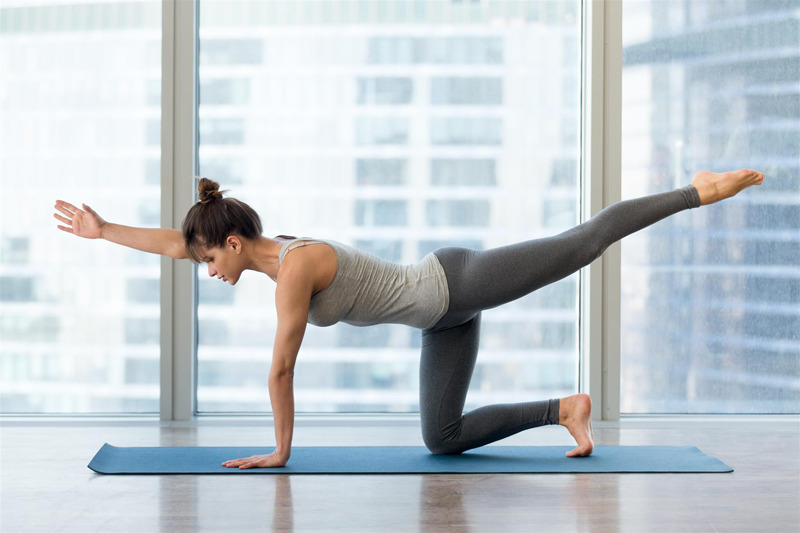 Lack of sleep can also result in muscle shaking. To perform any type of exercise effectively, it’s important to get enough sleep – especially if you’re exercising multiple times per week. When you’re sleeping, your muscles get the chance to rest and heal. Therefore, lack of sleep can cause the muscles to be tired before your yoga class even begins.

Pushing Yourself Too Far

Although it’s good to challenge yourself, you could be overdoing it if you experience muscle shaking. The sensation could indicate that you’re pushing your body too fast, too soon. While some yogis choose to push through this, most instructors advice you to take a break to prevent unnecessary injury from occurring. If you don’t want to stop exercising completely, try using a different asana to give the tired muscle group a rest. If you can, have a drink to ensure the shaking isn’t being caused by dehydration.

If your shaking isn’t caused by the culprits above, you may be experiencing energy release triggers. Like all animals, the human body stores energy throughout the day in case it is needed for the fight or flight response. If it is not used, this energy will eventually need to be released and your body will return to the ‘baseline’ of relaxation. Often, the body will release this energy when it feels safe and secure. During a yoga class, you may use pranayama to relax the body and mind. As you become more relaxed, your body senses that it must be in a safe space and begins to release the energy. If you are using your muscles as the energy is being released, you may experience a shaking or trembling sensation as the muscles contract. Although this response is totally normal, some yogis feel self-conscious about shaking in a room full of people. If you fall into this category, you can try to release the energy before your class. Although it may be tricky to release on demand at first, over time you will learn the best way to do so. Typically, you can trigger an energy release by calming the body and mind. To do this, the first step is to find a quiet space to relax. If you can, fill the space with cosy blankets and a scented candle to get yourself in the right mindset. Once you’re comfortable, begin to breathe deeply. Some practitioners can release the energy through deep breathing alone, but others need to practice a more specific breathing technique. If you’re having trouble triggering a release, try out a few different breathing exercises until you find one that works best for you. If you’re having trouble relaxing, consider using a love tuner necklace. Described as a single tone flute, the mindfulness tool will help you to get into the right mindset.

If you experience shaking during yoga, it’s important to listen to your body to determine the cause. Generally, muscle shaking is an indicator that you are pushing yourself too far. The best thing to do is take a break and see if the shaking subsides.