What is Hakini Mudra? 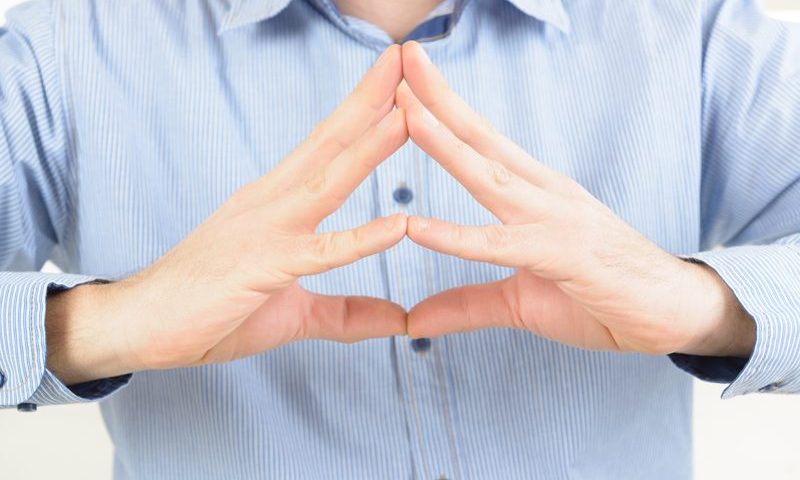 The Hakini Mudra is a yoga gesture in which you join the tips of the fingers on your right hand, with those on the left. Named after the God Hakini, this mudra is believed to boost brain power and concentration. Many yogis believe this gesture is linked to the Third-Eye Chakra, the energy point where your intuition and imagination are located. If you’re interested in learning about Hakini Mudra, put on a cosy yoga hoodie and keep reading.

A mudra is best described as a symbolic gesture performed by the hands. While the mudras were first used in practising Buddhism and Hinduism, they are now used in yoga, too. In practising religions, the spiritual gesture acts as an “energetic deal of authenticity”. Today, yogis use a wide range of mudras, each boasting its own benefits. Most mudras are performed with the hands and fingers, sometimes in combination with the wrists, shoulders, and elbows; however, there are a couple of gestures that involve the whole body. The most renowned mudras are those used in dance, ceremonies, sculpture, and painting iconography where they are used to represent Buddha. In yoga and other spiritual practices, the gestures have been used for hundreds of years to assist healing and/or meditation.

In yoga, mudras are often performed alongside pranayama. Typically, they are practised in a seated position such as Sukhasana, Padmasana, or Vajrasana Pose. When used correctly, the gestures stimulate different parts of the body to affect the flow of energy. Acting as “locks”, mudras guide energy through the body towards the brain. By touching, stretching, curling, and crossing the fingers, we can manipulate the mind-body connection and heal different parts of the body.

In this article, we are focussing on Hakini Mudra. This gesture is thought to be named after God Hakini and is used to assist thinking, focus, and concentration. The mudra is associated with the Third-Eye Chakra, the energy point at which your imagination and instinct are positioned.

How to Perform Hakini Mudra

The Hakini Mudra can be practised anywhere at any time. As the gesture is relatively simple, yogis of all abilities can harness the power. Below, we explore how to perform Hakini Mudra.

To begin, take a seat on a comfortable chair or yoga mat. Bring your hands together in front of your chest, allowing your palms to face each other without touching. Move the fingertips of your right hands towards the fingertips of your left hand until they are touching. As you inhale, move your gaze upwards and touch your tongue against the top of your mouth. As you exhale, allow your tongue to relax. You are using Hakini Mudra. Repeat these steps for a few minutes, or however long you feel comfortable doing so. The mudra can be used at any time of the day and is particularly helpful when you have forgotten something momentarily and want to remember it. As the mudra boosts brain power, it can also be used before an exam or important meeting to recharge your focus. 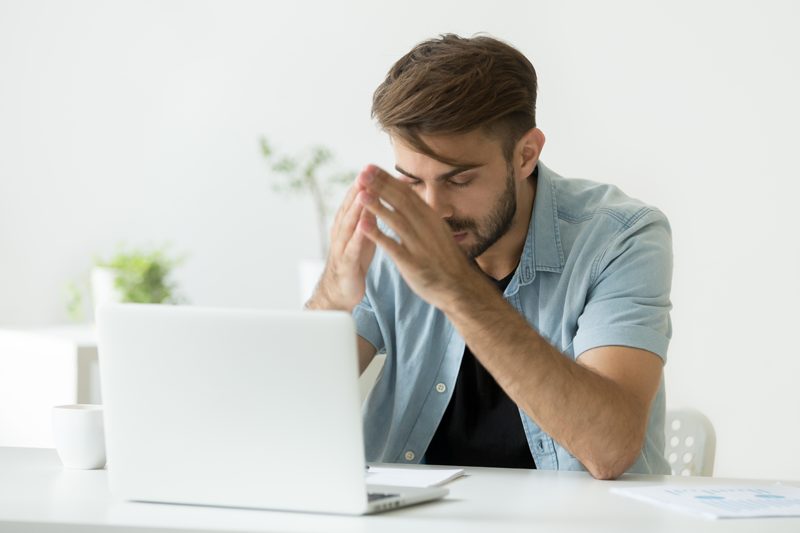 Hakini Mudra has a range of benefits including enhanced memory and recovered concentration. When used correctly, the gesture can create a sense of calmness that opens the mind to clear thinking. When used alongside pranayama, the mudra deepens respiration and delivers more oxygen to the brain. With this in mind, the mudra is particularly beneficial for university students. When practised before a lecture, students should be able to focus better for a longer duration. In addition to boosting brain power, Hakini Mudra supports coordination between the left and right hemispheres of the brain. Additionally, the gesture endorses calmness, promotes clear thinking and encourages decision making. It also extends respiration, allowing more oxygen to reach the brain.

Hakini Mudra in Use

As mentioned previously, Hakini is named after God in Hindu culture. As the mudra is associated with the forehead chakra, many people consider Hakini the God of the third eye. Interestingly, Hakini Mudra has scientific evidence to back it up. Over the years, researchers have looked into the mudra and endorsed the cooperation between the left and right brain hemispheres.

Today, the mudra is often used in memory training and management courses. When used regularly, it can open the right side of the brain where the memory is stored. The mudra also promotes clear thinking by encouraging deeper respiration.

How Long Should You Practice for?

For best results, Hakini Mudra should be practised for 45 minutes each day to boost brain power. If this isn’t feasible, try breaking the practice into 3 15-minute slots. If you miss a session, don’t panic! Return to the mudra whenever time allows. As you become more experienced, you will see results after using Hakini Mudra for just a few minutes.

Whether you’re a new or experienced yogi, practice Hakini Mudra to boost your brain power. If you’re new to mudras, you may benefit from wearing some yoga jewellery. This will help to calm your mind and allow you to focus, particularly if you fill the space with a scented candle and a relaxing soundtrack. If you struggle with the mudra at first, don’t worry. With regular practice, it won’t be long before you can reap the benefits of the gesture.