Find out more about Fly Yoga

What is Bhakti Yoga? 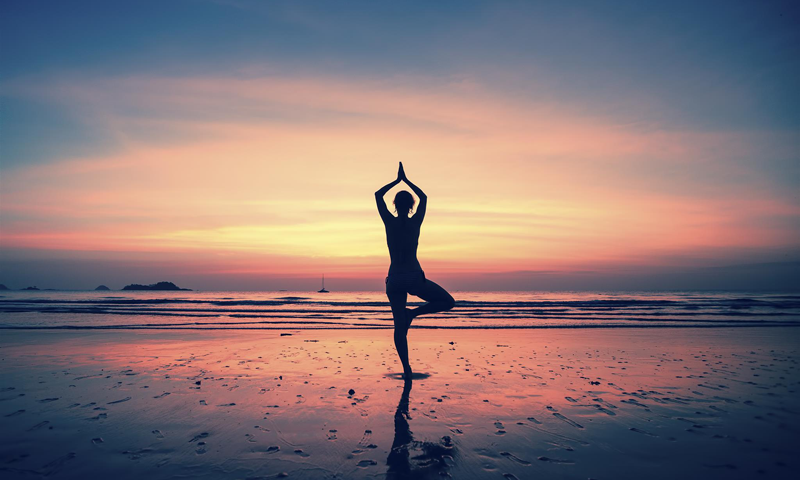 One of the six main branches of yoga, Bhakti Yoga represents the path of complete devotion to God or the Divine. The style is based on the belief ‘Love is God and God is Love’. The Sanskrit word ‘Bhakti’ loosely translates to ‘blissful, selfless and overwhelming love of God’. This principle is what the practice is based upon. The meaning of ‘God’ is personal to each devotee. Often, the term refers to a God or Goddess such as Krishna, Ganesha, Radha, Sita, Vishnu, Shiva, Durga, or Lakshmi.

As a practice, Bhakti represents both devotion and adoration for the Divine. The name of the style is thought to derive from the word ‘Bhaj’, which means ‘to participate or partake’. With this in mind, Bhakti practitioners participate in the Divine through devotion, surrender, service, and worship. Eventually, devoted yogis can become one with the Divine. If you’re interested in practising this yoga form, it may be worth picking up a good-quality yoga mat. Although the style doesn’t focus on physical postures, having a comfortable space to practice can make the techniques easier to pick up. In this article, we explore Bhakti Yoga in more detail.

Many people consider Bhakti to be the most traditional form of yoga. The style is mentioned in the Vedas, which are the oldest scriptures of India. Many of these passages are thought to be 4000 years old. Although the principles of Bhakti are mentioned in the earlier Vedas, the practice wasn’t referred to as a main form of yoga until 500 B.C, where it was spoken of in the Bhagavad-Gita. This Veda primarily contained the teachings of Hindu God, Krishna.

Years later, Bhakti Yoga became popular amongst followers of the ‘Bhakti-Marga’. Also referred to as ‘road of devotion’, this devotional movement was widely followed between 800 and 1000 A.D. In 900 A.D, followers of the Bhakti-Marga created a scripture named the Bhagavad-Purana. This text contained the instructions of Krishna. In the ancient scripture, Krishna suggests that Bhakti Yoga is far superior to all other forms of yoga; additionally, he advises that Bhakti is the quickest way to achieve bliss. In the Bhagavad-Purana, Krishna also encourages devotees to share his story to show they are dedicated and faithful to him.

As a practice, Bhakti Yoga places little emphasis on physical asanas or breathing patterns. Instead, the style concentrates on devotion, service, and worship. Practitioners of Bhakti Yoga believe that God is present in every conscious being. Although the style was first practised within Hindu culture, Bhakti can be practised by any religion. Practitioners can worship any supreme being of their choosing, though the most common Divines are Gods and Goddesses. Those who practice Bhakti refer to themselves as a ‘Bhakta’. This traditional Sanskrit word translates to ‘Partaker’.

Within Bhakti Yoga, there are a variety of different movements. One of the most popular is the Krishna Consciousness Movement. Referring to themselves as ‘Hare Krishnas’, these individuals practice a form of Bhakti Yoga. While the style is similar to original Bhakti, Hare Krishnas chant various mantras whilst they practice.

According to the Bhakti-Rasamrita-Sindhu, the sacred Hindu texts, Bhakti Yoga has nine main principles. Devotees believe that following these principles perfectly will help them to achieve a pure love of God. Below, we explore these principles in more detail.

The first principle is Sravana. When translated, this Sanskrit word means to listen to poems or stories about God. This part of Bhakti cannot be practised independently; to achieve this aspect, practitioners must hear the stories from a wise teacher.

Kirtana is the second principle. This aspect is all about praising God through singing or chanting. Devotees believe that just the sound of Gods name will bring them great joy.

Smarana reminds practitioners to keep God in the forefront of their mind. Whatever they are doing, God should always be the first and last thing they think about. 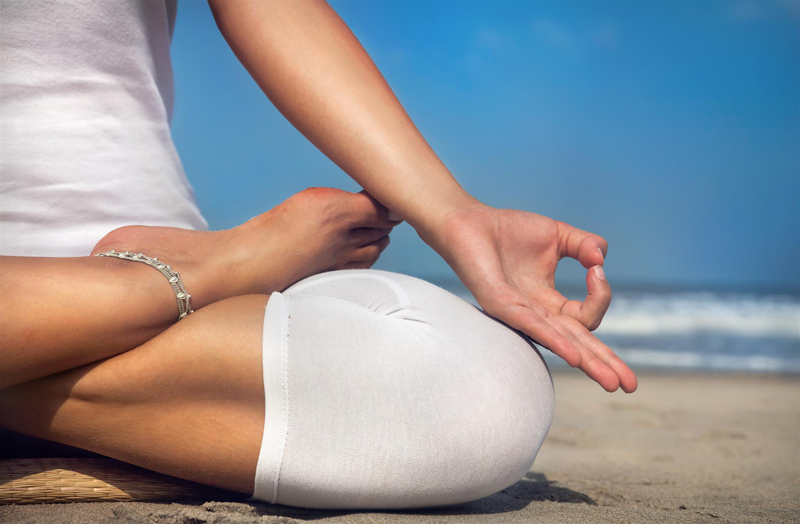 Padasevena is the fourth principle. To correctly practice this aspect of the style, devotees must express their love of God by serving others. While they can achieve this by helping anybody, the style encourages practitioners to serve the sick and less fortunate.

Archana encourages devotees to worship God through external images. Typically, these images include icons and religious pictures; however, Archana can also be practised through internal visualisations. The purpose of this principle is to purify the heart.

Vandana is a certain variety of prayer. To practice this principle, devotees must lay face down on the ground with their arms stretched out. From this position, they must interact with God through prayer. The purpose of this principle is to prevent self-centredness and self-absorption.

Dasya is the seventh principle. With this, practitioners must regard themselves as God’s slave or servant. They must spend time carrying out commandments, meditating, and caring for the less fortunate. Additionally, devotees are encouraged to clean and preserve sacred buildings.

Sakha-bhava is about achieving a friendship with God. Practitioners must learn to think of God as a family member or loving friend. By doing this, the devotee forms a companionship with the Divine.

The final principle is Atma-nivedana. To correctly practice this aspect of Bhakti, devotees must self-surrender to God.

Whether you’re hoping to cultivate a relationship with the Divine, or you’re more interested in improving your lifestyle, practice Bhakti Yoga regularly to reap the benefits. Although the style does not focus on physical postures, Bhakti can be practised alongside your current yoga routine. When incorporating Bhakti into your weekly class, it’s important to be comfortable. Breathable yoga clothing will help you to focus on the practice, rather than becoming distracted by uncomfortable gear.