Can ‘Positive Thinking’ Help You to Live Better and Longer?

Adaptogenic Herbs: What Are Adaptogens?

Vinyasa Yoga Origins, Sequences and how it can Improve your Health 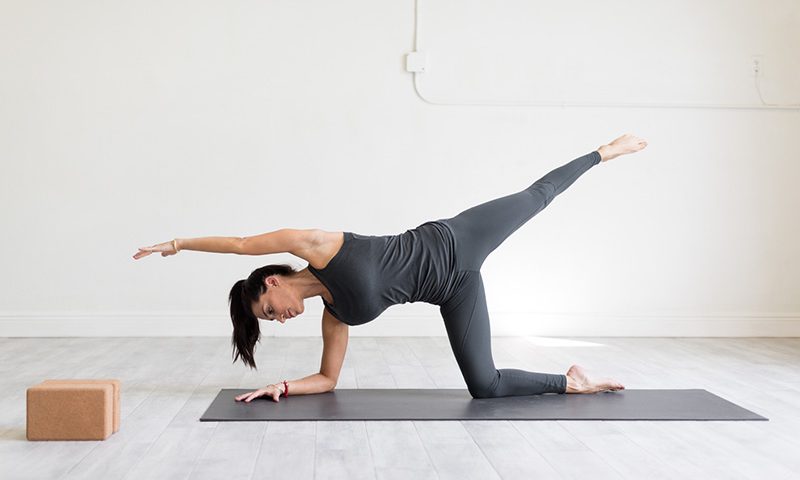 Also known as “flow” yoga, Vinyasa Yoga is one of the most popular forms of modern yoga and, possibly, one of the broadest styles, too. It incorporates the principles and poses used in Ashtanga and Power Yoga and is widely considered the opposite of the slower Hatha Yoga. Below, we explain why.

Developed from traditional Hatha Yoga, which was founded by the ‘Father of Modern Yoga’ T. Krishnamacharya in the early 20th-century, Indian yoga teacher Sri K. Pattabhi Jois fronted the development and refinement of Vinyasa Yoga throughout the mid-20th century. Jois was a student of T. Krishnamacharya from the early age of 12, during which he practised Hatha Yoga every day.

Even though it was Sri K. Pattabhi Jois that helped develop and spread the word of Vinyasa Yoga, several yoga teachers aided its global popularisation. For instance, in 1964, Belgian yoga teacher and author Andre van Lysebeth travelled to India to study with Jois for two months before returning home and writing his book, Pranayama, in which he included Jois’ details, including his photo and address. Off the back of the feature, Jois experienced an onslaught of Westerners seeking to try Vinyasa Yoga.

While Vinyasa Yoga grew rapidly in popularity across Europe, there was one central Western territory it was yet to conquer: America. However, its State-side absence didn’t last long. In 1973, American yoga teacher Norman Allen became the first American to be exposed to Vinyasa Yoga after attending a presentation taught by Jois. He went on to front the spread of Vinyasa Yoga in the United States.

What is Vinyasa Yoga?

Vinyasa Yoga is considered the opposite to Hatha Yoga. Vinyasa Yoga focuses on flowing movement and breathing, rather than holding each pose for an extended period. Vinyasa Yoga is a very active form of yoga in which you move from pose to pose with each breath, often holding a pose for less than ten seconds. Physically, Vinyasa Yoga promotes increased flexibility, calorie-burning, muscle development and strength while, mentally, it encourages focus and calms the mind through ‘moving meditation’ to release stress. The style combines precision and focus, with strength and flexibility.

How Does Vinyasa Yoga Improve Health?

As well as its physical benefits, research conducted by the International Journal of Yoga found that Vinyasa Yoga has an assortment of lifestyle benefits. Amongst other findings, Vinyasa Yoga improves sleep, reduces stress and anxiety, and can treat addiction. It also enhances the functioning of the immune system, which protects your body against infection and illness to keep you feeling your best.

Vinyasa Yoga uses carefully transitioned sequences rather than individual poses, which means, as a beginner, you need to learn how to transition from one pose into another successfully to avoid injury.

Below, discover a variety of our favourite Vinyasa Yoga sequences for beginners.

To achieve the Mountain Pose, facing forwards, stand straight with your feet apart and, bending your knees, put one hand on your pelvis and the other on the small of your back. Then, straightening your back and dropping both arms to your sides, inhale deeply. You’re in the Mountain Pose. To transition to the Upward Salute, bring your arms in and put your palms together as if you were praying. Then, push your arms and hands upwards until your arms are straight above your head before releasing.

To begin with, keeping your legs and back straight and your feet facing forward, put your arms out straight and lean all the way forward until the palms of your hands are flat on your mat. Keep your buttocks pointed in the air. You are in the Forward Fold Pose. To transition to the Standing Half Forward Bend, inhale, lengthen your spine and face forward before releasing your hands, so your fingertips are brushing the mat. If needed, bending the knees, take a step back with your right foot followed by your left. Your legs should lean backwards diagonally, and your back forwards at an angle.

This sequence is one of the most common sequences practised in Vinyasa Yoga. To begin, kneel on your yoga mat with your arms out in front of you, palms flat on the mat. Straighten and put weight on your arms as you stretch your legs out and rest on your tip toes with your back straight. You’re in the Plank pose. Next, keeping your body straight and resting on your toes, bend your arms, and lower your body. You’re in the Four-Limbed Staff Pose. Then, push your buttocks towards the floor and push your stomach out, arching your back until your arms are straight and your chest and head face forwards. You’re in the Upward-Facing Dog Pose. Lastly, arc your buttocks, so your body forms a triangle.

To begin, get on one knee (right) and lean forward, facing the ground, with the palms of your hands flat on the floor and your arms straight. Make sure your back is straight. Resting your weight on your arms, push your right knee backwards until you feel the stretch in both thighs. You are in the Low Lunge. To transition, lift your arms to your chest and, with your palms together and your forearms straight, twist your spine to the left so your right arm, just above your elbow, meets your left leg. Your chest should not touch your leg. To keep balance, you will need to rest on your tips of your toes.

Whether you’re a yoga novice or have spent years practising other forms of yoga and want to try something new, you can try Vinyasa Yoga to release tension and improve overall wellbeing.

As always when you start a new form of yoga, take everything slowly to prevent injury.