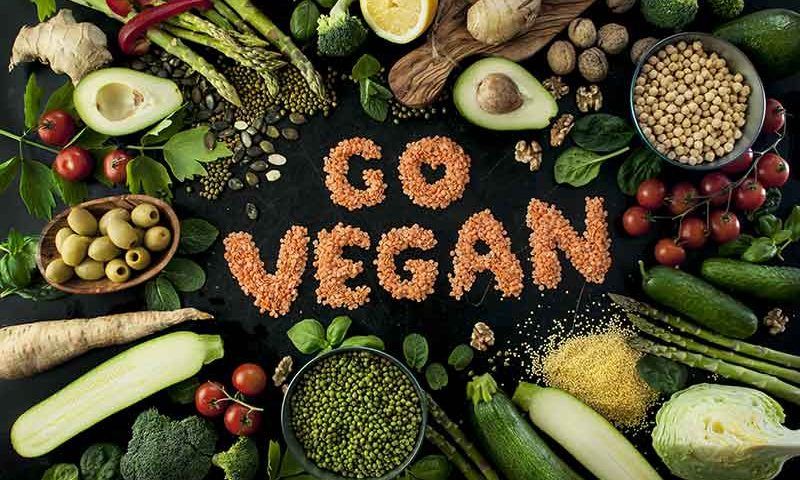 Being Vegan, or at least trying to implement a vegan diet into your lifestyle, is something that at the moment, is incredibly ‘in’. Although many people choose to adopt this choice of diet with the focus on preventing the exploitation of animals, in this day and age that is by no-means the only reason. The emotional attachment that we as human’s form with animals is one of the key factors in the decision to stop eating animal based products. Although, with celebrities such as former heavyweight boxing champion Mike Tyson publicly stating that turning vegan has been the key factor in turning his health around, it’s no surprise that people are starting to clock on to the numerous health benefits that can be achieved by adapting to a Vegan diet.

In this article, we look at some of the top celebrities choosing to live a plant-based lifestyle and why.

Comedian and talk show host, Ellen Degeneres, is possibly one of the most vocal celebrities about her vegan lifestyle. Her blog, ‘Going Vegan with Ellen’, has been designed to help anyone looking for more information on how to start making changes to accommodate a vegan lifestyle. It also gives insight into the most common reasons that people choose to turn vegan, including health benefits, the reduction of your carbon footprint and, of course, the prevention of animals suffering on factory farms. With Degeneres’ wife, Portia de Rossi, sharing the same diet, they have expressed ideas of plans to open a vegan restaurant together, although the potential opening date for this is currently unknown.

In November 2013, American singer and Disney Channel sensation, Ariana Grande announced via Twitter that she had decided to commit to an entirely vegan diet. In a recent interview with the Mirror, she explained that she loves animals more than she loves most people, but this was not the only reason for her recent choice. She stated that she truly believed that eating a full plant-based, whole-food diet could expand your life and make you into a much happier person, in general. Although giving up meat and cheese could have proved difficult for the singer, due to her Italian roots, she states in an interview that it hasn’t been that hard, as she believes she consumed enough of those products growing up to last a life time.

After the death of her beloved pet dog Floyd in 2014, Miley Cyrus made the decision to go vegan. After a year of committing to the lifestyle, she decided to go public with it, claiming she was ready to be used as an example to others who are contemplating taking the leap. Recently posting a picture on her Instagram feed of her new tattoo, The Vegan Societies symbol, it’s clear that Miley is out there setting the example for us all to follow, posting the image alongside the caption “vegan for life”.

Liam Hemsworth, the Australian actor, best known for his romantic relationship with Miley Cyrus as well as his role as Gale Hawthorne in ‘The Hunger Games’, has also decided to commit to a vegan lifestyle. Crediting Hunger Games co-star, Woody Harrelson, for opening his mind to the benefits of the vegan diet, he decided to give animal products up in 2015. After gathering information from Harrelson, who has been vegan for over 30 years, he concluded that meat was something he could no longer consume. Recently before making the switch, Hemsworth had been to see a nutritionist, who after performing some in-depth blood tests stated that it would be a good idea to include more red meat in his diet. Taking the advice from the health and well-being professional on board, he decided to begin eating more red meat, only to discover that doing so made him feel much worse in his general health. Listening to what his body was telling him, combined with the information gathered from Harrelson, Hemsworth cut meat, and all other animal products out of his diet completely and noticed an immediate change in energy levels.

After around two years of being vegan, Stevie Wonder discusses eating a plant-based diet recently on the late show with James Corden. Although he claims to miss chicken, he “likes not eating meat” and is finding new food options every day!  Claiming that he wants to do something about “the way we are living on this planet”, Wonder has decided to start trying to make changes to make the planet greener and more sustainable for the children of the future.

PETA Ambassador, Russell Brand, made the decision to go vegan after he watched the documentary on Netflix, “Forks Over Knives”. Discussing in detail how a plant-based diet can cleanse your system, leaving it disease free, the documentary leaves viewers with the idea that it is possible to cure chronic diseases and live a healthier future, by committing to a vegan lifestyle.

Olympic Gold Medalist and world-famous track runner, Carl Lewis, turned vegan in 1991 to prepare for his race at the World Championships. Lewis claims that he believes doing so resulted in him having the best race of his life. He decided to switch to a plant based diet following a meeting with a doctor and a nutritionist, who inspired him to change his diet. Cravings for meat and salt were a couple of the additional hurdles that Lewis came across, but combatted them by introducing substances such as lemon juice and lentils into his diet, consequently making it more enjoyable.

Living off a natural, plant-based diet can work miracles on the body if done correctly, but always keep in mind how important it is to have a healthy, balanced diet, with enough protein and healthy fats to keep your body functioning at its best.

For a healthy lifestyle, it is also important to exercise. Yoga is a fantastic workout that helps to better health and reduce stress. To begin, get a pair of comfortable yoga pants and a yoga mat.