Connecting to the Seed of Spiritual Yoga

The Yoga Boom in Western Medicine

Next time you visit the doctor, they may include yoga in your treatment plan. New studies suggest that yoga may treat several medical conditions including chronic pain and illness. This shows that science is finally supporting an east-meets-west approach to medicine. With this in mind, health practitioners are now encouraging patients to put on a yoga hoodie and head to the mat. In this article, we explore the yoga boom in Western medicine in more detail.

The Drawback of Western Medicine

While we couldn’t be without Western medicine, it’s common knowledge that it often treats symptoms rather than addressing the root cause. However, the yoga boom may cause that to change. Finally, healthcare providers are starting to recognise the power of yoga, not just as a physical practice to improve fitness, but also as an evidence-backed treatment for chronic and acute health conditions. This is huge, because, as many long-term practitioners know, yoga can improve our health on several levels including physical, mental and emotional. With regular practice, yoga can develop a deeper intention, awareness and elevation of our consciousness and well-being.

Yoga and the Opioid Epidemic

When alternative practices, such as yoga and meditation, are used by sufferers of back pain, mental illness and other chronic health concerns, studies are showing positive results. These findings are particularly relevant now due to the opioid epidemic. In the West, chronic pain is the number one cause of GP visits and plays a large role in the use of opioid painkillers. Unfortunately, this can often lead to drug dependency and further health concerns over time. Opioids are great analgesics for acute pain, but there is little evidence to suggest they help chronic conditions. Despite this, they are often prescribed for this reason. Between 1998 and 2019, opioid prescribing more than doubled in the UK. This is now referred to as an opioid epidemic, which is similar but not yet on the same scale as the opioid crisis in the USA. Thankfully, the harms of prescribing opioids are now better understood, and health care providers are using alternative methods to manage chronic pain – yoga being one of them.

A study published in the Annals of Internal Medicine found that yoga can have a positive effect on back pain and can often be used instead of painkillers. The study involved 320 participants, 70% of which were taking medication for back pain regularly. After three months of yoga practice, only 35% of the participants were still taking medication.

Another study, published in the American Journal of Preventive Medicine, found that yoga can decrease chronic pain in military veterans. For obvious reasons, veterans often suffer from complicated health conditions including chronic pain. This study found that when veterans used yoga to relieve pain, they required less medication.

In recent years, studies have also shown that yoga can improve depression, anxiety, cognitive function, insomnia and much more. Today, even cancer patients are using yoga to supplement their treatments, making the long and difficult recovery process a little easier. Those at risk of developing heart disease should also head to the yoga mat. A new study published in the Journal of Education and Health Promotion found that participants who practised yoga for three months experienced a significant decrease in cholesterol levels.

As you can see, there’s no question that scientists are finally supporting yoga a form of medicine. Better still, yoga brings with it a range of other health benefits that traditional medicine does not. You may be practising yoga to ease chronic back pain and end up lowering your stress levels, decreasing cholesterol and living a pain-free life. 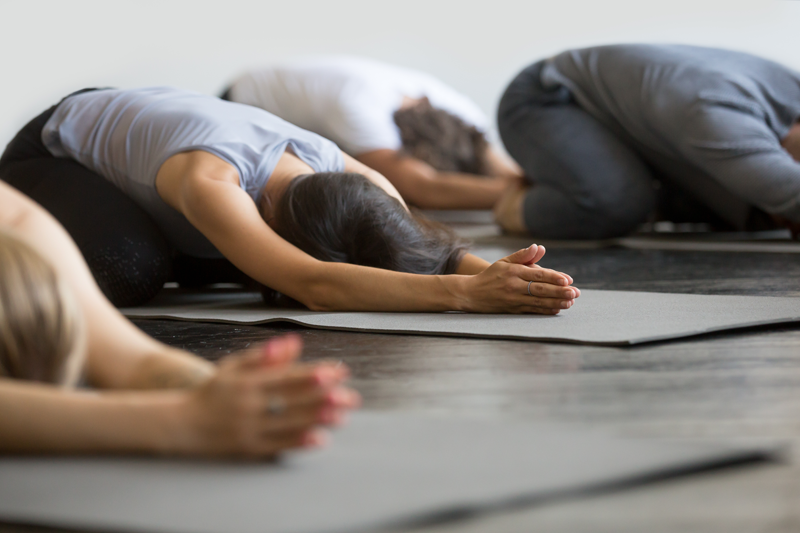 Benefits of Yoga That Are Supported by Science

Studies suggest that regular yoga practice can reduce inflammation. While inflammation is a normal immune response, chronic inflammation can cause pro-inflammatory diseases such as diabetes, heart disease and cancer. A study from 2015 divided 218 participants into two groups: those who practised yoga and those who didn’t. Both groups then performed strenuous exercises to induce stress. The study found that those who practised yoga had lower levels of inflammatory markers than those who did not. A 2014 study also found that regular yoga practice reduced inflammatory markers in breast cancer survivors with ongoing fatigue.

Regardless of your age, a healthy heart is essential for overall health. Studies show that yoga can improve heart health and reduce the risk factors associated with heart disease. One study found that participants over the age of 40 who practised yoga regularly had lower pulse rate and blood pressure than those who didn’t. High blood pressure is one of the main causes of heart problems, including heart attacks and strokes. Lowering your blood pressure can reduce the risk of these issues.

Pranayama is a yoga practice that focuses on controlling the breath through breathing techniques. Breathing exercises are used in most types of yoga, and students have found that regular practice of them can improve breathing. In one study, 287 participants practised yoga and pranayama for 15 weeks. At the end of the study, their vital capacity had increased significantly. Vital capacity is a measure of the maximum amount of air that you can expel from the lungs. It’s particularly important amongst those with heart issues, lung disease and asthma.

Migraines are severe headaches that typically affect one side of the body. Traditionally, suffers are given medication to relieve and manage their symptoms. However, studies have found that yoga can reduce migraine frequency. In 2007, a study divided 72 participants with migraines into two groups. One group practised yoga therapy for three months and the other practised self-care with Western medicine. The group who practised yoga experienced less headache frequency, intensity and pain than the self-care group.

Finally, scientists are embracing yoga as a treatment plan for certain conditions. The yoga boom in Western medicine could be a turning point for many, as GPs encourage their patients to pack their yoga bag and head to a class. Of course, medication is still necessary for many health conditions; yoga should never replace medication without consulting a health professional. If you’re unsure whether yoga could help your condition, contact your GP and seek professional advice.