Yoga as a Healing Practice

The Yamas and Niyamas in Yoga 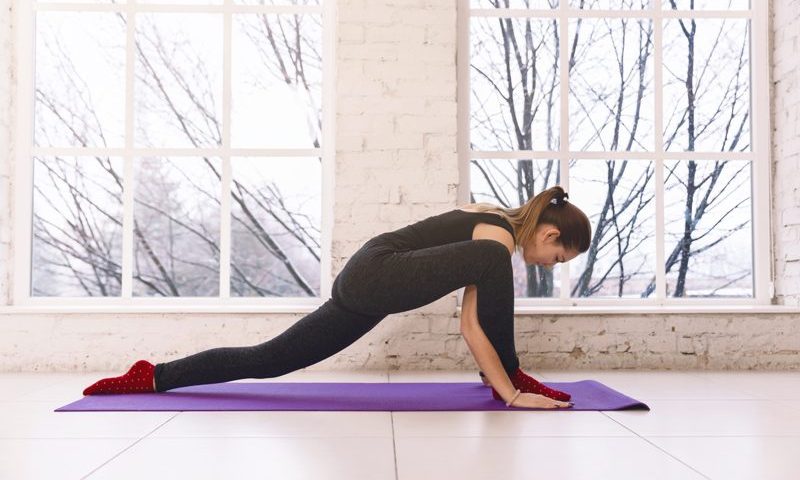 Often used alongside pranayama, bandhas can be used to temporarily restrict the flow of energy. To practice them, all you need is a clear mind and a comfortable yoga vest. In this article, we explore the four main bandhas in more detail.

To best describe what a bandha is, let’s use an analogy. When travelling, many people place small combination locks on their luggage to keep the contents safe. Well, bandhas are your body’s equivalent of these locks. They are used to lock, tighten, or close-off various areas whenever needed. In the human body, there are four main bandhas: the Mula Bandha (the root lock), the Jalandhara Bandha (the throat lock), the Uddiyana Bandha (lifting of the diagram lock), and the Maha Bandha (all three locks at the same time).

What are they for?

So now we know what bandhas are, but what is the point in them? Why is it necessary to close off the throat or contract and lift the abdomen?

Where are the Bandhas Located?

The function of the root and throat bandhas is to seal the upper and lower end of the spinal column. The throat bandha temporarily prevents energy from moving up, while the root bandha blocks the energy from moving downward and pull it towards the abdominal region instead. In addition to engaging the bandhas separately, they can also be engaged together. When this happens, the reaction is similar to two sticks being rubbed together where intense heat is produced.

During yoga, bandhas are often engaged during the practice of pranayama. Once they have been learnt and mastered, they can be used during asana practice, too. While basic engagement is fairly easy, it may take time to engage your bandhas to the most refined level. The root and throat bandhas can be engaged after both inhalation and exhalation; however, Uddihyana and Maha Bandha can only be engaged during external retention.

The Benefits of Engaging Bandhas

So what are the benefits of engaging the bandhas? Well, they’re beneficial to the brain centres, the chakras (the energy centres), and the nadis (the channels through which prana streams). Not only do they purify these areas, but they also remove blockages and create harmony and balance. As well as blocking the flow of energy, bandhas temporarily block the flowing of blood. Because of this, when they’re released there is an increased flow of fresh blood. This cleanses the body by flushing away the old, dead cells, and also encourages the organs to renew, rejuvenate, and strengthen. Additionally, engaging the bandhas teaches single point concentration; this is best described as steady and controlled breathing to create a clear mind. This process regulates your internal systems including the hormonal, metabolic, and digestive. For the most part, the bandhas can be engaged whenever necessary. However, it’s not advised to engage the Mula bandha during the first two to three days of menstruation. 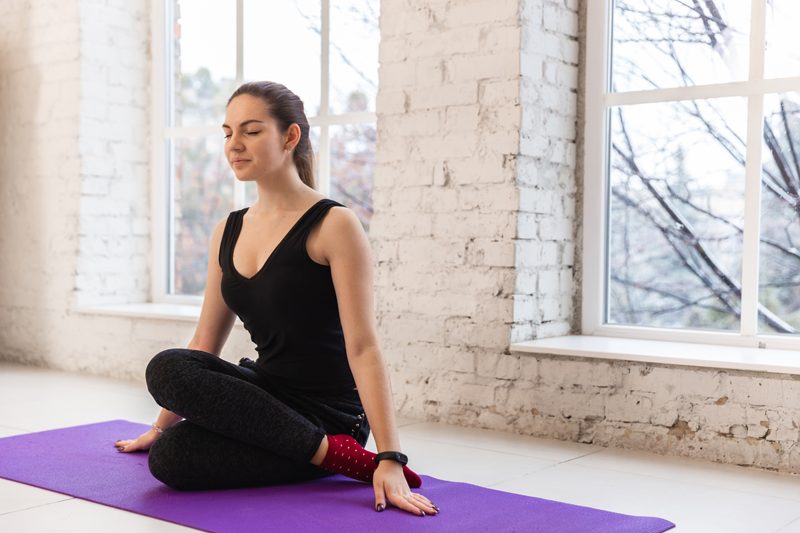 How do we Find the Bandhas?

So now we know about the bandhas and their benefits, but how do we find them? Below, we explore this further.

If the above method doesn’t appeal to you, there is another way you can try. To do this, start by looking at the end of your nose. As soon as you do this, you should feel the sensation of the bandha starting to lock. For women to finalise the engagement, you’ll need to lift up through your pelvic floor. If you’re unsure of how to do this, imagine you’ve leaked during your period. To minimise the accident, most people contract the muscles to stop the flow. This same method can be used to engage Mula.

To engage Jalandhara Bandha, begin sitting tall with your legs crossed. Next, press your palms into your knees and inhale through your nose. As you do so, bring your chin into your chest. Finally, straighten your elbows, pull your chin back and engage the muscles until you feel them tighten.

To engage the Uddiyana Bandha, it’s helpful to stand with your feet shoulder-width apart. Once you’re in this position, keep your back straight and bend forward until you can touch your hands on your knees. If your hamstrings allow, you can move your hands onto your shins for a deeper stretch. Next, you need to create a “false” inhale; this is the action of taking a breath without actually taking any air in. Make an upward movement and draw your stomach into your back. Finally, move your ribs forward until they’re protruding in front of your abs.

As Maha Bandha incorporates all three of the others, it’s often referred to as the ‘Ultimate Bandha’. To engage Maha, fully engage Mula and activate Jalandhara. Once you’ve done this, bend forward into the position of Uddiyana. You should now be in Maha Bandha. To release the lock, reverse your actions until you’re back in a standing position.

Whether you’re an experienced yogi or you’re just starting out, practice the four main bandhas to reap the benefits. If you’re new to yoga, we advise joining a weekly class before practising independently. There, an experienced instructor can advise you on the best way to practice each posture to avoid injury. Before your first session, pick up a long-sleeved yoga t-shirt and some comfortable bottoms.