Raw chocolate health benefits and the difference between cocoa and cacao 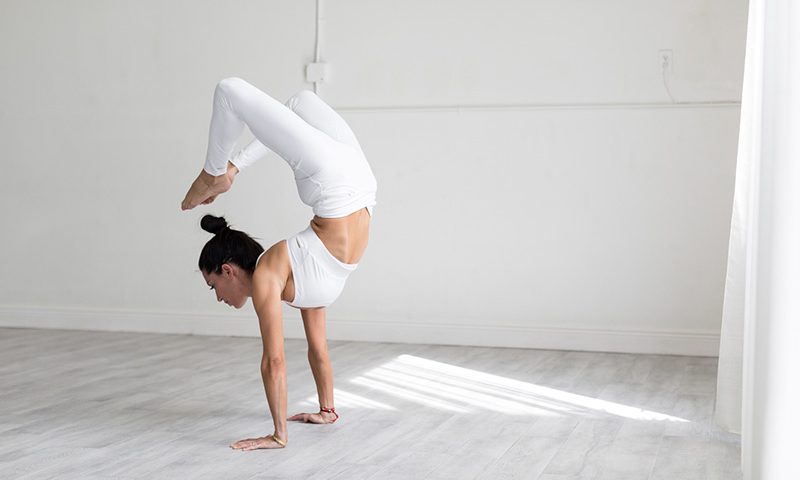 Types of Yoga and the difference between them

The growth of yoga in the past decade has been nearly unmeasurable. With all the popularity of certain styles and following the social media trends from bloggers and celebrities, every new yogini, or even an experienced once needs as much information as they can get on the different types of yoga.

The concept of health and wellbeing is influencing a myriad of industry sectors, including technology, entertainment, hospitality, food and drink, fitness and fashion. Since there are so many existing types of yoga, as well as new ways of practicing, gathering all the information about what yoga works best for you is essential.
Here are the 8 of the most popular yoga types:

Developed by Bikram Choudhury, this school of yoga where classes are held in artificially heated rooms, an environment, which is meant to mimic the climate of the birthplace of yoga: India. In a Bikram class, you will sweat like never before as you work your way through a series of 26 poses.
A Bikram class always follows the same sequence, and some may call it controversial since Choudhury has trademarked his sequence and has sued studios who call themselves Bikram but don’t teach the poses exactly the way he says they should. It’s also wildly popular, making it one of the easiest classes to find. The heated environment promotes more flexibility, detoxification, and prevention of injuries.

This ancient form of yoga is challenging both physically and mentally. Kundalini incorporates the physical, mental and spiritual aspects of yoga, focusing on awakening the energy at the base of the spine and drawing it upward. In addition to postures, expect to do some chanting, meditation and breathing exercises.
The poses are performed together with certain breathing techniques, which intensify your workout. The sequences in Kundalini yoga (called kriyas) are done rapidly and repetitively. You may also be holding different poses while consciously breathing in a certain way. If you have tried out a regular yoga class and want to raise the intensity, you might consider trying out Kundalini. Overall, Kundalini yoga is a spiritual and mental activity as much as it is a physical one.

“Hatha” actually describes all the physical practices of yoga. It is a very general term which can almost be used interchangeably with “yoga”. When you do Ashtanga yoga, you do Hatha. When you do Iyengar yoga, you do Hatha.
Hatha is usually recommended for beginners, although because of its slow-paced stretches and breathing exercises, however, it is suitable for anyone whether new or advanced in the yoga world. The goal of these classes is for you to be able to learn to do and maintain poses and concentrate on your breathing. Even though the movements are slow, they are a great way to work out and relieve stress.

For the more athletic and advanced, Ashtanga yoga is a good choice. This type of yoga can be considered more challenging and well-structured. Ashtanga is made of six different sequences, which students can go through at their own pace and independently.
Each sequence has different characteristics and focuses on a different aspect of your body. To give an example: The first sequence, called Yoga Chikitsa, focuses on detoxification, strength, flexibility and stamina. It consists of 75 poses and takes between 1.5 to 2 hours to complete. There are yoga studios that offer led classes, where the instructor guides you through all the poses (usually in the primary or secondary series). However, once you get the drift you’ll be able to go on by yourself and practice without instructions, which feels great and can be very rewarding.

Anusara is a modern interpretation of Hatha Yoga, having only been created in 1997 by US-born yoga teacher John Friend. A unique set of concise biomechanical alignment principles called the “Universal Principles of Alignment” are applied to each asana in an Anusara class, and movements are coordinated with breath.
The teachers are trained to integrate alignment instructions with heart themes in artful and inspiring ways, offering students a new experience in every class. The theme is woven through the breath and postural instructions in order to create an expression of the poses from the inside out.
The combination of the heart theme and alignment cues, cultivate the connection between the physical yoga poses and the greater spiritual purposes of yogic practices.

This is a purist yoga named after founder B.K.S. Iyengar. Props like blocks, straps, harnesses, and incline boards are used to get you more perfectly into positions and have earned the style its nickname, “furniture yoga.” Appropriate for all ages and abilities, Iyengar yoga is all about precise alignment and deliberate sequencing. Standing poses are emphasized and are often held for long periods of time.
Among the benefits of Iyengar yoga are strengthening and bringing the body into alignment, improvement of balance, recovering from an injury, and building up body strength.

Dharma yoga is based on the teaching and practice of New York’s renowned yoga master Sri Dharma Mittra, who was exposed to various yoga techniques directly from his Guru (Sri Swami Kailashananda a.k.a.Yogi Gupta) for over a decade of intense study in the 1960′s. He has refined this knowledge over an almost half-century of practice and teaching into the Dharma Yoga he (and his certified teachers the world over) share with students today.
Dharma Yoga is a graceful, yet challenging form of yoga, which emphasises good health, a clear mind, and a kind heart. The method weaves together many traditional Yoga teachings in order to bring all students closer to the goal of Self-realization (gaining absolute knowledge of the True Self)
The essential qualities of Dharma’s teachings are imparted to the students through the Shiva Namaskar Vinyasa, a flowing sequence that is both physically and mentally challenging. The practitioner develops strength through a series of balancing poses, twists, backbends and inversions, enabling Prana – the vital life force – to flow freely through the spinal column and emanate deep into all areas of the physical, metabolic, intuitive and bliss bodies.

Restorative yoga is a relaxing form of Yoga that involves only a handful of poses, held for extended periods of time with props for support, such as soft bolsters, blankets, and eye bags, to help your body truly surrender. Poses, that fall into this special category of ‘restorative’ have a particular ability to leave us nourished and well rested, as they stimulate the parasympathetic nervous system, which reduces our stress levels and resulting symptoms of stress.
This style of yoga can be beneficial for people struggling with a variety of conditions such as insomnia, asthma, migraine headaches, and chronic pain. It is known to lower blood pressure and heart rate, reduce muscle tension, combat fatigue, boost immunity, improve digestion, enhance flexibility and calm and focus the mind.