Incense for Meditation: Your Complete Guide 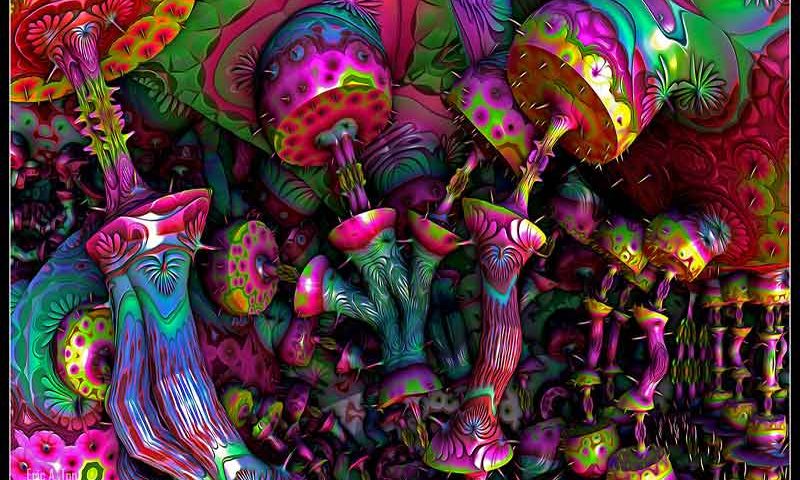 Originally published in 1968, The Teachings of Don Juan: A Yaqui Way of Knowledge by American author and anthropologist Carlos Castaneda is the first in a series of books Castaneda wrote, documenting his apprenticeship with self-proclaimed Yaqui Indian Sorcerer, Don Juan Matus. During his training in shamanism, Castaneda speaks of encounters with “Mescalito”, a teaching spirit inhabiting all peyote plants, as well as how to actively enter the state of dreaming where it is possible to break “reality” and enhance awareness and interaction with the universe and all its “beings”.

Below, we explore the story of Carlos Castaneda and Don Juan, including who they were, as well the teachings of Castaneda’s best-selling book, The Teachings of Don Juan: A Yaqui Way of Knowledge.

Born in Peru in 1925, Carlos Castaneda moved to the USA in the early ’50s. He received his PhD in anthropology from the University of California, Los Angeles, in 1973. While an anthropology student, he wrote three books documenting his experiences as an apprentice to a self-proclaimed Yaqui Indian sorcerer, or ‘Man of Knowledge’ – also referred to as a “diablero” (or black sorcerer). His most renowned books are his earliest and include The Teachings of Don Juan: A Yaqui Way of Knowledge (1968), A Separate Reality (1971) and Journey to Ixtlan (1972). Despite criticism that the events outlined in each book are untrue or, in parts, exaggerated, all of Castaneda’s books are non-fiction.

It was the contents of all three of the above books that earned Castaneda both his bachelor’s and doctoral degrees. Following the end of his apprenticeship in 1974, Castaneda published Tales of Power, in which he explains that Don Juan had recognised him as the new leader of a party of seers from his lineage, or “nagual”. A nagual is a sorcerer that claims to be able to change into an animal form through magic rituals or by using psychoactive drugs and is, therefore, a born leader or guide.

Throughout his life and career, despite remaining a popular reading figure, Carlos Castaneda rarely appeared in public. In 1973, he featured in a cover article in Time magazine; however, the feature generated controversy as rumours that Castaneda used a surrogate for his portrait surfaced in LA.

Carlos Castaneda died in 1998 having suffered from hepatocellular carcinoma, or liver cancer.

In his first book and onwards, Carlos Castaneda used the pseudonym “Juan Matus” when referring to his Yaqui Mexican spiritual guide to protect his identity. According to his books, Castaneda first met Matus at a bus depot in Arizona in the early ’60s; however, there is much doubt surrounding Matus’ existence, including whether he was merely an allegorical figure or an invention by Castaneda. Although, Taisha Abelar (formerly Maryann Simko) and Florinda Donner-Grau (formerly Regine Thal), “witches” that lived with Castaneda in LA for many years, were also said to be students of Matus.

According to Castaneda’s books, Matus taught him to open his mind through experiences, simple exercises and talks. However, the shamanic practices also used various psychotropic plants such as psychedelic mushrooms, datura, and peyote – a powerful hallucinogen that grows in the Mexican desert. Castaneda describes Don Juan as an “unmarried old man that speaks both Spanish and English” and can portray an array of different personalities, from an “ordinary peasant to a wealthy investor”.

The practices used by Matus originate from Toltec culture, which precedes the Aztecs. According to Castaneda’s books, throughout his apprenticeship, he learned how the body appears to seers as a luminous egg with light originating from the “assemblage point of awareness’, located inside the egg. The role of Matus was to help Castaneda understand how to move the assemblage point and “discover unknown aspects of reality” and “total freedom”, which is possible when you reach full awareness.

The Teachings of Don Juan: A Yaqui Way of Knowledge

The Teachings of Don Juan: A Yaqui Way of Knowledge primarily describes the effects of three hallucinogenic drugs taken by anthropologist and then-anthropology student Carlos Castaneda during an apprenticeship with Yaqui Indian shaman, Don Juan Matus. At the start, Castaneda narrates the book; however, it then goes on to document extensive research over more than a four-year period.

While seeking out information about peyote, a psychoactive plant found in the Mexican desert, Castaneda met Don Juan Matus, who he went on to form a friendship with before beginning his apprenticeship. During the early stages of the relationship, Castaneda was tested to evaluate whether he was prepared to meet Mescalito; an anthropomorphism of the hallucinations caused by ingesting peyote. Following the beginning of his apprenticeship, Castaneda’s early experiences included meeting with a black dog, which Matus insists was Mescalito “in a rare form of playfulness”. Castaneda is urged to “concentrate on his calling, rather than fear” and, gradually, he meets further “allies”.

Later, Castaneda learns how to propagate datura and prepare its powerful smoke mixture for consumption. In the book, Don Juan tells Castaneda that “learning is a hardship that all can undertake, but that few achieve”. He emphasises that “to become a ‘Man of Knowledge’ one must defeat four “natural enemies:” fear, clarity of mind, power, and old age”. And the book follows this journey.

Throughout the book, Castaneda continues to experiment with various hallucinogenic drugs and partake in different forms of enlightenment in the hope of finding “true freedom”, achieved when the student can guide his or her journey’s and, consequently, gain a true understanding of the universe.

While criticism surrounds Carlos Castaneda’s The Teachings of Don Juan: A Yaqui Way of Knowledge, it remains an incredibly popular read; it still manages to sell more than 7,000 copies every year even today. Whether Castaneda’s story is true or not, both this book and his others offer a profound anthropological insight into shamanism, spirituality and the different spiritual teachings of sorcerers.