Herbs for mental clarity and energy to boost your cognitive performance

Bikram yoga and where you can practice it in London 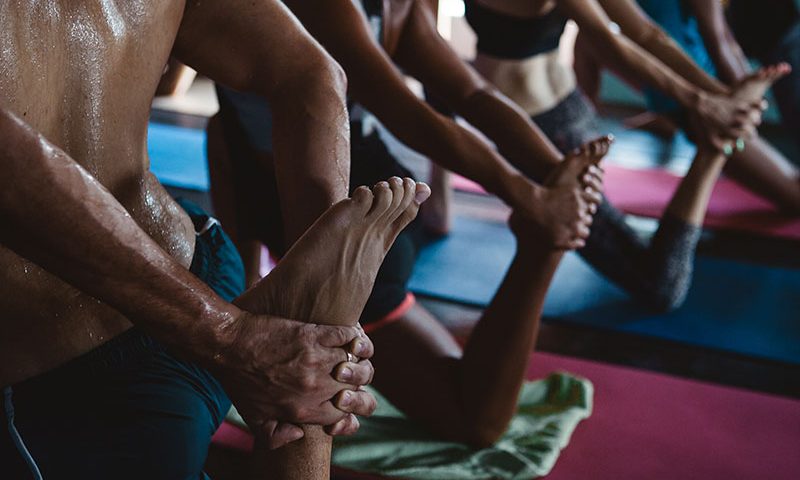 Bikram Yoga | Where To Practice in London

Developed from the popular Hatha Yoga, Bikram Yoga consists of 26 postures performed with a slow, mindful approach. Best practised in temperatures of 100 degrees upward, it’s no surprise that it is commonly referred to as “hot” yoga. Loved for its benefits for the mind, body, and soul, Bikram Yoga is embraced all over London, allowing people to release stress and built up tension after a long working-day.  Below, we explore the ins and outs of the hot form of yoga, including its origins, benefits, and where exactly you can practice it in the capital city.

Bikram Yoga was founded in the late 20th Century by Bikram Choudhury, a former student of Bishnu Ghosh, one of India’s most renowned physical culturists. From an early age of just 4 years old, Choudhury practised Yoga each day under the instruction of Ghosh and won the national Indian Yoga Championship for the first time at the age of 13. When he was 17 years old, he sustained an injury to his knee through a weight lifting accident, which resulted in him being told by respected European doctors that he would never walk again. Not losing hope, he managed to return to Bishnu Ghosh’s school hoping that his former teacher would be able to heal him. Just six months later his injury had completely healed, crowning Ghosh the first physical culturist to document the healing powers of yoga on the body. After his recovery, Choudhury began putting together the 26 postures sequence, which is now patented and used in a repetitive cycle during the course of 90-minute yoga sessions. Shortly after, he founded the Bikram Yoga College of India where his techniques are taught to aspiring Bikram teachers over a 9-week training course.

What is Bikram Yoga

Composing of a 26 posture sequence developed from the classic Hatha Yoga, Bikram poses are designed to be repeated in a set cycle for the duration of a 90-minute class. When performed 100 percent correctly, the poses are uniquely designed to target every part of the human body, flowing fresh, oxygenated blood to each area. This is possible due to the tourniquet effect that is induced during the practice, by stretching, balancing and creating pressure all at the same time. Due to the blood supply being temporarily cut off in various veins and arteries around the body, a pressure is created; when the stretches are released, the blood supply suddenly returns causing blood to rush through the veins and arteries, flushing them out.

Bikram Yoga is advised by Choudhury to be practised at an optimum heat of 105 degrees, with 40% humidity, supposedly replicating the natural Indian climate; consequently, Bikram Yoga is regularly referred to as “hot” yoga, although there is often a difference between the two. Many types of yoga are performed in a heated studio, but few are heated the scorching temperature of 100 degrees plus, which caused Choudhury himself to refer to the studios as ‘Torture Chambers’. When practising this style of yoga, it is advised to arrive at the studio 30 minutes before you plan to begin, to allow the body time to adjust to the extreme in temperature. Staying hydrated throughout the session is something of great importance if you are hoping to gain maximum benefit from the class.

How does Bikram Yoga Improve Health?

Bikram Yoga is thought to provide a wide array of health benefits if performed correctly. The heated room ensures that muscles in the body are fully relaxed, meaning that they are able to stretch much further without injury, therefore, making it easier to perform the postures to their full potential. This alone has proven to increase muscle strength and flexibility in addition to building fitness levels and stamina. The heat helps the body to detoxify, due to the release of toxins through sweating. As toxins leave through the pores, the increased blood circulation means fresh oxygen can easily be supplied to cells throughout the body, which in turn encourages new cell production.

Where you can practice it in London

One of the few places in the capital city that solely focuses on the Bikram style alone, Sohot Yoga are experts in what they do. Attracting well know celebrities such as Lady Gaga, Benedict Cumberbatch, Gemma Arterton, Olivia Williams, Toby Jones, Maxine Peake and Robert Downey, they claim to be UK’s premier hot yoga studio – with over 75,000 satisfied customers, we believe this is highly likely to be the case. Boasting two centres in Victoria and Fitzrovia, Sohot Yoga teaches the mindful application of strength, breathing and stillness.

With studios located in Soho, Camden and Chelsea, Triyoga focuses on deep stretching and the overall alignment of the body. Setting it apart from its competitors is the fact that each class uses infrared heat as opposed to heating up the studio in the traditional way. Benefits of this specific method of heating are thought to include the fact that infrared heat warms up the body instead of just the air around the room; consequently, this results in you leaving the session sporting a well-earned, healthy glow. Systematically working the entire body throughout the session, you are ensured to leave feeling in tip-top condition – providing you arrive well hydrated. With options given for all different levels, Triyoga is suitable for everyone from yoga fanatics to complete beginners.

Taking place in a giant inflatable studio, Hotpod Yoga is perfect for those who like to squeeze in a little adventure to their regular routine. With the purpose of creating a relaxing environment that is separate to the outside world, Hotpod Yoga studios are found all over London, with regular classes taking place in Hackney and Notting Hill. New studios are popping up every day thanks to the constant demand for this unique form of Bikram Yoga. Suitable for all ages and abilities, just come wearing your comfiest yoga pants with a bottle of water and a fluffy towel – and you’re good to go!

Clapham, Islington and Richmond – £16 per class

With studios located in Clapham, Richmond and Islington, Yogahaven offers a mix of different classes, many of which include the traditional Bikram postures. With the option to start off with a ‘basics’ class before getting down to the hot business, Yogahaven is perfect for beginners and those who are feeling a little unsure of the intense, Bikram heat. Many of the session include an element of ‘Hot flow’, involving conducting the traditional postures to the beat of popular music, designed to condition, tone and focus the body and mind.

With new Bikram studios popping up daily thanks to the ever-growing popularity of the hot yoga form, wherever you are located in the city, there is sure to be one near by. Consider attending an early morning class to set you up for the day, or a session later on in the evening to allow your body to wind down after a stressful day at work; no matter when you decide to practice though, it is important to remain topped up the all important H2O to avoid symptoms of dehydration.