Yoga for an Ex-smoker

How Does Yoga Reflect on Your Lifestyle? 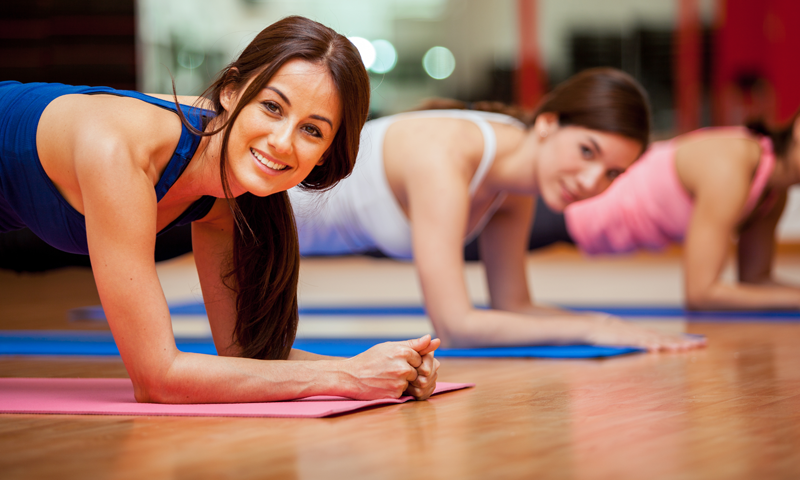 While all yoga styles can promote weight loss, some are better than others. If you’re looking for the best yoga training for women for weight loss, Bikram Yoga is your best bet. One of the most popular styles in the world, Bikram yoga consists of 26 postures and 2 breathing exercises that are practised repeatedly. The class is practised in a hot studio to replicate the temperatures in India. Heated to 40°C, the hot studio induces a sweat and subsequently boosts weight loss and detoxification. Bikram is often labelled as the 26+2 style, referring to the 26 asanas and 2 pranayamas that make up the practice. Most of the poses are performed twice and are held between 5 and 60 seconds depending on the pose. If you want to know more about the best yoga for weight loss, put on your yoga top and keep reading!

The Bikram sequence begins with a pranayama breathing exercise. Known as Standing Deep Breathing, this exercise involves a deep inhale and a deep exhale to increase circulation, provide the body with oxygen and improve focus.

The next pose is Half Moon Pose, or Ardha Chandrasana. The name is different in hot yoga than in other styles, where the posture is called Standing Side Stretch. The asana strengthens the spine and abdominal muscles and stimulates the digestive organs.

Next up is Awkward Pose, or Utkatasana. In other styles of yoga, the pose is often referred to as Chair Pose. This asana increases blood circulation while strengthening the lower body.

Eagle Pose, or Garudasana, is next on the list. This asana targets all the major joints in the body, stretching and strengthening them to provide greater mobility.

Standing Head to Knee Pose, or Dandayamana Janusirsana, is a complex balance asana that works the entire body. Specifically, the posture stretches and strengthens the core, arms and legs while also boosting concentration.

The next pose is Standing Bow Pulling Pose, or Dandayamana-Dhanurasana. This posture increases strength and flexibility and boosts focus and patience. Additionally, the Bikram style suggests that this is the only pose that pushes blood from one side of the body to the other. The result of this is equalised circulation.

The next posture in the Bikram sequence is Balancing Stick Pose, or Tuladandasana. As well as improving balance, determination and core strength, the pose increases circulation to the heart and brain.

Separate Leg Stretching Pose, or Dandayamana-Bibhaktapada-Paschimotthanasana, allows you to take a break from balancing. This asana stretches the legs and spinal muscles and relieves pressure from the sciatic nerve. It also improves the function of the abdominal organs and improves digestion.

Triangle Pose, or Trikonasana is practised to strengthen, stretch and revitalise the body and mind. The main focus of this posture is the legs, hips and core.

Standing Separate Leg Head to Knee Pose, or Dandayamana Bibhaktapada Janushirasana, is a deep stretch in the legs. The posture also opens the shoulders to relieve built-up tension. Also, the asana massages the internal organs and boosts the metabolism – making it ideal for those hoping to lose weight.

Tree Pose, or Tadasana, is another balance posture. This asana strengthens the joints of the knees, hips and ankles while also improving posture. 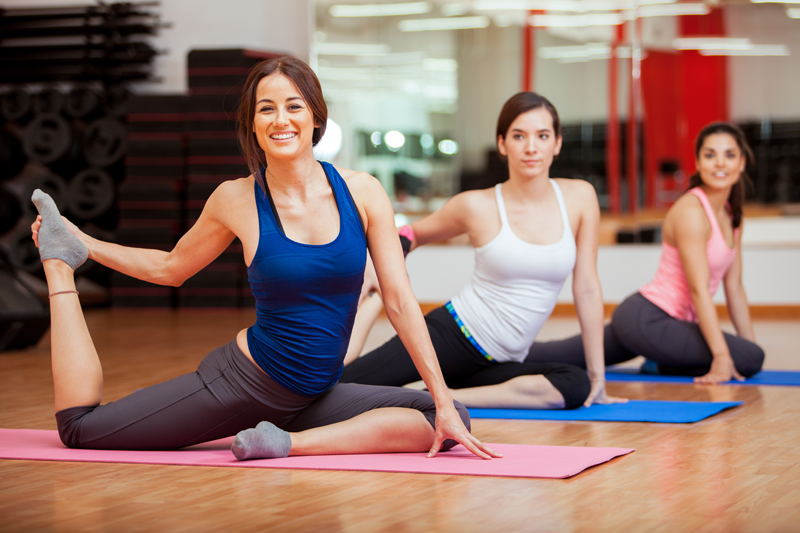 The last standing posture is Toe Stand, or Padangustasana. As well as strengthening the feet, this asana boosts the range of motion in the knees, ankles and hips. It also builds mental focus and stamina.

Corpse Pose, or Savasana is practised in-between the standing and seated postures in Bikram. The posture relaxes the body and increases mindfulness, allowing you to absorb the benefits of the standing asanas before moving onto the next stage.

Wind Relieving Pose is practised before the seated postures. Also known as Pavanamuktasana, this posture opens the hips to relieve lower back pain. The asana also increases hip flexibility and engages the core.

Sit Up, or Pada-Hasthasana, centres the mind and energises the body. The posture also helps to stretch and strengthen the legs.

The next posture in the Bikram sequence is Cobra Pose, or Bhujangasana. This asana stretches and strengthens the core and helps to prevent back pain.

Locust Pose, or Salabhasana, is the next backbend in the Bikram sequence. This posture engages the entire body whilst toning the hips, buttocks and legs.

Bow Pose, or Dhanurasana, opens the chest and shoulders. Designed to invigorate the body, the posture also increases mobility in the spine.

The next posture in the Bikram sequence is Fixed Firm Pose, or Supta Vajrasana. With this asana, you’ll stretch the knee joints, leg muscles, ankles, hips and lower back.

Half Tortoise, or Ardha Kurmasana, is a relaxing asana. As well as releasing tension in the neck and shoulders, the posture gently stretches the hips and legs.

The last backbend in the sequence is Camel Pose. In Bikram, the posture is often called Ustrasana.

A much-needed release from the backbends, the next pose in the sequence is Rabbit Pose, or Sasangasana.

Head to Knee Pose is an intense heated stretch. In Bikram, the asana is called Janushirasana. In other styles of yoga, it’s known as Seated Head-to-Knee Pose.

Spine Twisting Pose, or Ardha Matsyendrasana, is performed on both sides to realign the spine. In other styles of yoga, the asana is known as Half Lord of the Fishes Pose.

The sequence finishes with a kneeling asana and a breathing exercise. Known as Blowing in Firm, this wraps up the sequence and allows the body to absorb the benefits.

If you’re looking for the best yoga training for women for weight loss, Bikram yoga is the answer. For best results, the 26 asanas and 2 pranayamas should be practised in the order above. To avoid injury, always wear a suitable pair of yoga pants and use a comfortable mat.