10 Positive Thinking Books That Will Change Your Life

Why You Should Care About Sun Protection 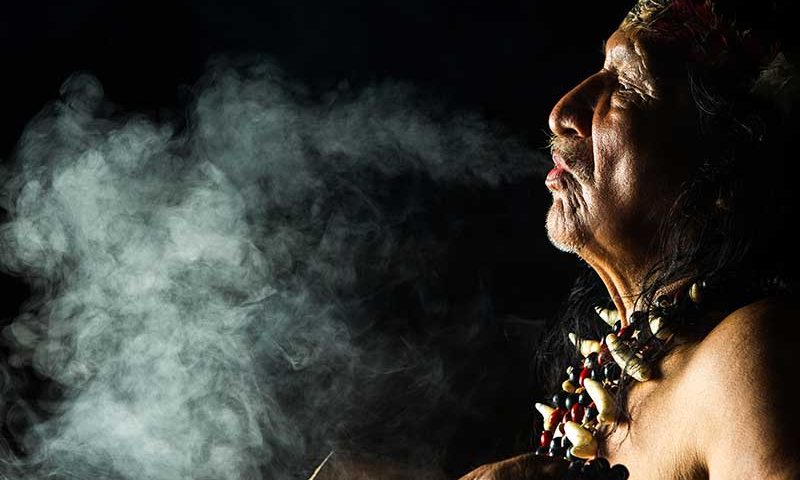 Thought to have been used in Amazonian tribes in South America for thousands of years as a method of shamanic healing, ayahuasca experiences garner both support and controversy around the world. Despite being a ‘rite of passage’ in Amazonian tribes, ayahuasca is now widely practised illegally across the West in cities such as New York. In some rare instances, ayahuasca has caused deaths.

Ayahuasca is a tea created using ayahuasca, or Banisteriopsis caapi, which translates as ‘vine of the soul’, and either chacruna (Psychotria viridis) or chagropanga (Diplopterys cabrerana), both of which include the psychedelic drug Dimethyltryptamine (DMT). The drink was first recorded in the West in 1851 by English ethnobotanist Richard Spruce; however, it is thought to have been used by Amazonian tribes for thousands of years to ‘open the mind’ and achieve a heightened level of consciousness.

During an ayahuasca session, the potent tea is brewed and then ingested to induce ‘altered states of consciousness’ which last between four and eight hours. Typically, at the beginning of the hallucinogenic experience, participants may experience vomiting or diarrhoea, which many consider a ‘cleansing and healing’ process. Results vary from stimulating, in which patients would experience colourful visions, through to extremely vivid where an individual may relive vivid childhood memories. There have been instances where vivid satanic visions and ‘meetings with God’ have been reported.

Typically, ayahuasca experiences are led by shamans to ensure the process is safe and enlightening.

Of course, there is a reason behind ayahuasca, and that is to heal and cleanse the body and mind through ‘shadow work’, which treats everything we can’t see in ourselves. Many believe ayahuasca releases negative energy and, by working through emotional trauma and negative experiences built up during your life through vivid hallucinations and psychological experiences, you can give yourself a new perspective on life and discover your purpose in the world. During ayahuasca, you will find the root of your physical and mental imbalance and purge your body and mind of negativity. In some cases, ayahuasca acts as a ‘route to another dimension’ and provides a more profound sense of being.

As with many forms of alternative medicine, reports state that individuals have overcome severe illnesses such as addiction and depression by partaking in an ayahuasca session. Similar results occur by taking other hallucinogenic drugs such as LSD and ‘magic mushrooms’, accompanied by other psychological techniques such as controlled breathing and guided meditation to help ease the mind.

Especially popular with yoga philosophy followers and those practising meditation as a means to develop a greater understanding of themselves and the world, ayahuasca retreats in Colombia have become a favourite getaway. Western travellers looking for authentic cultural experiences also frequent such retreats.

Typically, while at an ayahuasca retreat, visitors will partake in a variety of mental and physical wellbeing exercises, including group therapy and physical activities such as yoga and guided meditation. During their stay, visitors go through various stages of preparation for their ayahuasca experience which they will take part in numerous times throughout the trip. Initially, drinkers are taught not to expect too much from their experience as the first session is, usually, the less vivid. Throughout the getaway, each ayahuasca session will provide drinkers with more vivid experiences that, gradually, will reveal and purge hidden trauma and negative energy. Studies have reported that after an ayahuasca session, participants feel a sense of overwhelming “calmness and vitality”.

Most approved ayahuasca retreats require a clean bill of physical health before allowing you to participate, however, increasingly, there is a darker side to the practice which sees untrained, self-proclaimed “shamans” leading sessions, which can make the process both dangerous and unsettling.

The boom in ayahuasca has led to a massive increase in South American tourism, which has had both positive and adverse effects. The popularity of ayahuasca retreats has meant that many untrained shamans that do not fully understand how to use the drug have set up lodges which have been visited by Westerners and, in rare cases, caused numerous deaths. High-profile cases include that of 18-year-old Kyle Nolan who had been convinced to travel to the Amazon after watching a documentary titled Stepping Into the Fire which explores the potential of ayahuasca in a positive, promotional format.

In addition to rare cases of death, reports of molestation, rape and negligence at the hands of untrustworthy and false shamans are more frequent than ever before. After all, no one monitors retreats and their shamans which make pursuing ayahuasca experiences at South American retreats increasingly dangerous, especially for Westerners that do not understand how the process works but visit lodges in the hope of curing illness or as a mind-opening gimmick while travelling the world.

In addition to what’s going on in the heart of the Amazon, increasingly, lodges and untrained ayahuasca “teachers” are making ayahuasca learning courses available to Westerners, in which “shamans” teach visitors how to make the hallucinogenic concoction. The same individuals are then bringing the knowledge back to towns and cities and, in most cases, leading unsafe ayahuasca sessions in which they do not properly oversee the experience and, therefore, put participants in danger.

More than ever, it’s essential that if you’re looking to try ayahuasca, you do so in the presence of multiple experienced shamans to prevent damage to your physical and psychological wellbeing.

While ayahuasca is a traditional method of spiritual healing that has been found to help open your mind up to a greater level of consciousness, it’s lack of monitoring poses dangers that, in severe and the rarest of cases, can prove detrimental. If you’re looking for an ayahuasca experience, speak to those you trust for suggestions to ensure your retreat is safe, secure and, importantly, trustworthy.