Yoga: The Power of Breath for Physical and Emotional Balance 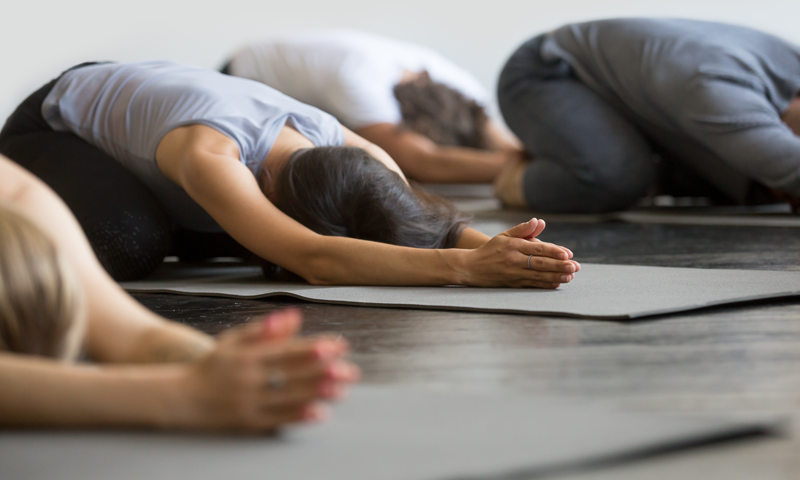 In Patanjali’s Yoga Sutras, the eight limbs of yoga are used to help one reach the “state” of yoga. The second of the eight limbs in Niyama, which can be translated from Sanskrit to mean “personal observances”. Like the Yamas, the Niyamas are used to help balance the mind and bring it into a state suitable for yoga. While the Yamas relate to our interactions with the external world, the Niyamas focus on the internal side of things. The Niyamas can be used to connect to the soul and the supreme soul. The Hatha Yoga Pradipik lists 10 Niyamas, which are also mentioned in Krishnamacharya’s Yoga Makaranda. To practice them, you don’t need anything but a quiet space and yourself – not even a pair of yoga pants. In this article, we explore 10 Niyamas: personal observances to deepen your yoga practice.

The first Niyama is Tapas. This is best described as the effort required to support personal transformation in yoga. It can also be explained as the effort required in adhering to Dharma. In this context, Dharma refers to the duties we need to carry out in relation to our family, community and society. While traditionally these were spiritual duties, any duties performed for the good of all can fall into this category. From Sanskrit, the word Tapas can also be translated as penance, heat or austerity, and implies that we apply focussed effort in our yoga practice. Without this focus, we are unable to progress.

The second Niyama is Samtosa. This means creating a feeling of contentment in life, regardless of our current situation. Creating Samtosa helps us to overcome the negative emotions that would otherwise halter our progress. This will reach its fullest expression by following all the Niyamas and particularly requires the effort of Tapas.

The third Niyama is Āstikya. This is defined as the deep faith and firm conviction in the supreme soul. It is similar to the intense devotion to Īsvara mentioned in Patañjali’s Yoga Sutras. For practitioners who don’t follow a particular spiritual path, Āstikya is the cultivation of faith and the devotion to a higher being.

The fourth Niyama is Dānam, which focusses on generosity or charity. It is best described as giving to others without expecting anything in return. This includes the expectation of recognition. Dānam is considered an important method for amending past karma and removing impediments to spiritual progress.

The fifth Niyama is Īśvarapūjanam, which is the worship or veneration of Īśvara. Īśvarapūjanam is similar to āstikya but has a few key differences. While āstikya refers to the cultivation of faith and the existence of a higher being, Īśvarapūjanam focuses on the act of worship. This can mean anything from performing a devotional ritual to recognising that there is a higher power behind everything and bringing devotion into all parts of life. 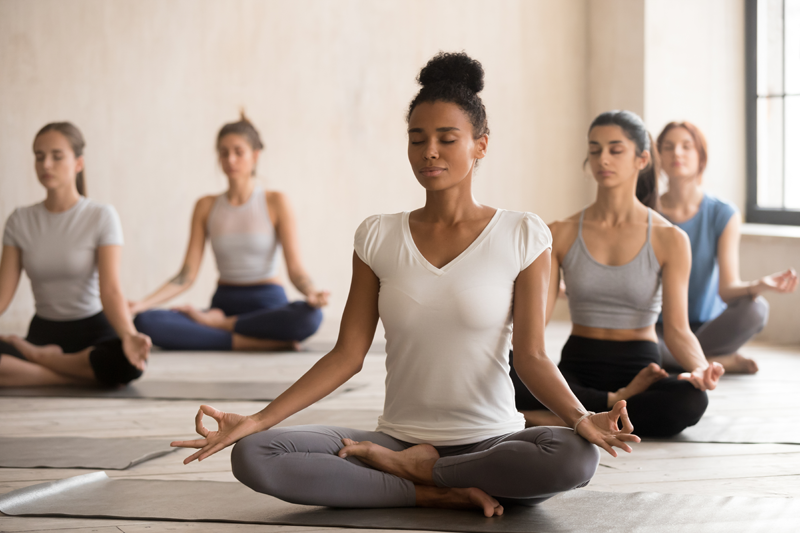 The sixth Niyama is Siddhānta-vākya-śravaṇam, which means listening to the doctrine on spiritual yogic texts. For instance, studying texts such as Patañjali’s Yoga Sūtras, the Vedas, Ramayana, Mahabharata, Bhagavad Gita and Bhagavata Purana, and learning the messages behind them. For best results, the texts should be studied with a teacher who has experience in yoga philosophy. This will help us to gain perspective in our practice so we can progress in a meaningful way. Krishnamacharya states that siddhānta-vākya-śravaṇam “is practised to know the secret of Dharma and often reminds us of the good advice given by great people.”

The seventh Niyama is Hṛī. According to the Sanskrit dictionary, Hṛī is described as shame, shyness, modesty or timidity. In yoga, it is defined as humility. Without Hṛī, the ego increases and becomes dominant, causing us to be less open to new ways of thinking. Cultivating humility results in an openness that helps us to learn and progress with our practice. For best results, the yogic mind has to become fresh and palpable, allowing us to see things clearly and in new ways that challenge our previous mindset. In yoga, this is important for the purpose of spiritual growth.

The eight Niyama is Matī, which means a discerning intellect. In our practice, we should develop the ability to differentiate between our soul or spirit and the phenomenal world. Matī is also the ability to judge situations insightfully and clearly. When we practice the first four limbs of yoga, we cultivate the conditions in which Matī can develop. Matī can also build on the previous Niyamas and becomes powerful when coupled with Hrī.

The ninth Niyama is Japa, which means the repetition of mantras. In yoga, the best-known mantra is the sacred syllable Oṃ. According to Patañjali, Oṃ is the word which is an expression for Īśvara. He suggests that we perform Japa with meditation to reveal the pure consciousness within our soul. It can also be used in the removal of all yogic obstacles. Patañjali says that mantra should only be taught by a teacher who has mastered the mantra, otherwise progress will be slow or ineffective. Japa is a powerful Niyama and should be practised with respect and humility.

The tenth Niyama is Hutam, which means the performance of special ritual actions described in the Vedas. These are relevant to practitioners who follow Vedic traditions. For yogis outside of these traditions, Hutam can refer to internal sacrifice. This idea is outlined in the third chapter of the Bhagavad Gītā where Krishna states: “This world is bound by action, except those actions which are sacrificed to the Supreme. Oh Arjuna, perform all actions perfectly, free from attachment, for the purpose of sacrifice alone.”

So, there you have it – 10 Niyamas: personal observances to deepen your yoga practice. To practice the Niyamas, all you need is yourself. Don’t worry about finding the perfect yoga top and hitting the mat; instead, practice the Niyamas in everyday life.